Frankfort contractor finishes job, accused of not finishing others, under police investigation Frankfort contractor finishes job, accused of not finished others, under police investigation

MOKENA, Ill. (WLS) -- A contractor who has racked up complaints in Englewood and Bradley said he's trying to make good on unfinished business, but the I-Team found another angry customer upset over an unfinished remodeling job, and the company is now under police investigation.

Amelia Gordon is heartbroken over an unfinished remodeling job.

She and her husband William were planning on improving a home in Mokena so they could move in and care for her parents, but their remodeling plans are now out the window.

They said not one bit of work has been done since the said they paid almost $20,000 in January.

"Both of them, I believe, are in on it, they both deny it, they just point the fingers at each other. We just wanted the work done. My in laws need the care, they need us here," William said.

The Gordons called the I-Team when they saw an earlier report about Gallagher Construction, about an Englewood family who's been waiting more than a year for a new porch after paying $12,000.

The I-Team also uncovered 14 other recent, Better Business Bureau complaints and an unfinished roof in Bradley. Larry Martin had paid a $5,000 deposit in January and said he heard nothing from the company since then.

After the I-Team became involved Daniel Gallagher had crews come out to finish Martin's roof.

Larry Martin: "All I care about is the roof."
Daniel Gallagher: "And that's why I'm here. At the end of the day I'm doing what I need to do and I'm really sorry."
LM: "Thank you."

He also said he will finish that Englewood porch and the Gordon family's remodeling job. 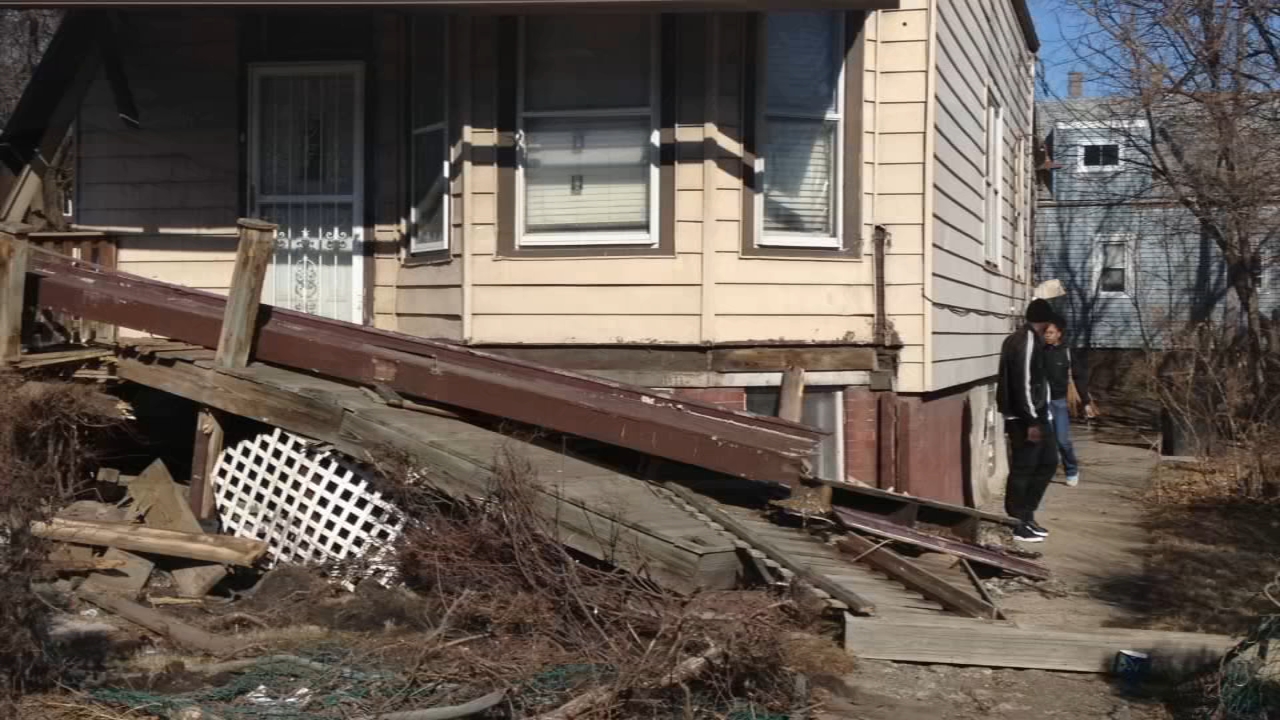 Englewood family says contractor left porch repair unfinished; other complaints uncovered
A family said their front porch is in shambles and their contractor left them in a huge financial mess.

"I'm working with them trying to get that to the finish line as well," Gallagher said about the Gordons' home.

"Yeah, I'm sure. I'm trying to get the files so I can get their information and get face to face with them as well. And I'll do it," Gallagher said.

Gallagher blamed the business mess on a family fallout with his brother, Michael, who's now in Las Vegas, focusing on working in his offices there. Michael's family members and a former employee also told the I-Team that Michael Gallagher has moved his headquarters to Las Vegas. Daniel said he's been locked out of the now-closed showroom.

But in a lawsuit, Michael accuses Daniel of abandoning Gallagher Construction.

Jason Knowles: "And the Frankfort police say that they are actually investigating Gallagher construction, what do you think about that?"
Daniel Gallagher: "Well I'm not happy to hear that but what am I going to do. I'm doing this job here and I have many more in the pipeline to get done."

Days after the I-Team shot video of the Martin's roof work being done, Gallagher said Martin issued a "stopped check" order for the $4,600 balance. Martin defended that action, sending the I-Team pictures of what he called poor work and an email from a Bradley inspector describing "dips" in the roof, but the project passed an inspection.

Gallagher said he'll sue, and that Martin is trying to "leverage" the situation. And Gallagher adds that the problems are due to an overall structural issue not a roofing job issue.

Meanwhile, the Gordons are still waiting for their work to start.

Gallagher maintains he's trying to do the right thing and that he's even using his own money to finish jobs.

The I-Team also found a lawsuit filed by former employees of Gallagher Construction. Eight of them claim they are owed unpaid wages.

Experts advise that when hiring a contractor, pay in thirds and use a credit card so you can dispute charges.