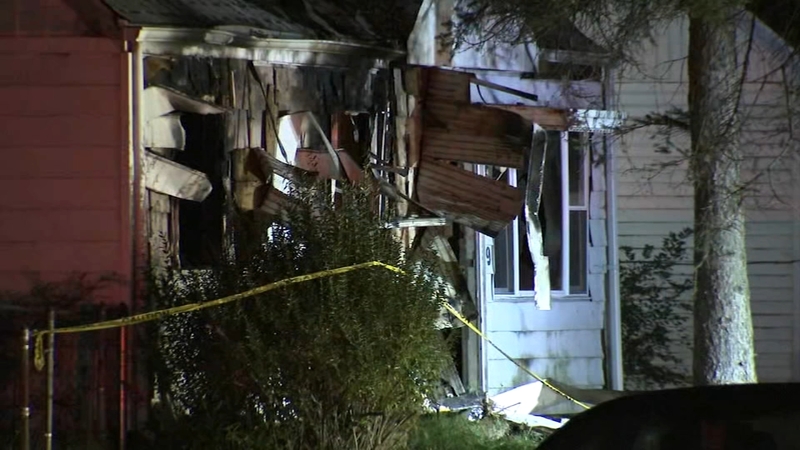 Gary fire fighters and emergency responders were at the scene of the first near 20th Street and Noble in the Northwest Indiana city. The Lake County Coroner had also been called to the scene, and the Indiana Fire Marshall confirmed they were assisting the Gary Fire Department and the Gary Police Department in their investigation.

A man at the scene told ABC7 Eyewitness News that his 53-year-old mother, 34-year-old brother and possibly his cousin, who is in her mid-20s, were at the scene. Officials have not yet released any information about the victims or confirmed the man's account.

The man said he received a call about the fire around 11:30 a.m. and rushed to the scene. A neighbor said she saw smoke and then flames, but didn't know anyone was inside the home at the time.

"I'm so sorry to hear about the family," said Lekemia Pettis, neighbor. "Losing three people. I didn't know there was anybody in the house. You didn't hear nothing."

The damage from the fire is severe, though the circumstances of how it started were not immediately clear. There are gaping holes in the roof, windows broken and blackened by the flames. Investigators focused on the upper floor of the home.