Gas prices in California continue to edge upward, with AAA reporting another record high average price $4.70 per gallon statewide. GasBuddy issues a timeline on when drivers could expect a price drop.

Gas prices are skyrocketing, and Americans want to save at the pump. That plays right into the hands of Costco, BJ's Wholesale Club and Sam's Club.

The national gas price average jumped to $3.41 a gallon Friday, according to AAA, 61% higher than the average at the same time last year. The Biden administration has called for an investigation into whether oil and gas companies acted illegally to push up prices.

The spike has pushed more shoppers to rely on these chains to fill up their tanks, say the companies, retail analysts, and fuel experts. Gas prices at warehouse clubs can be as much as 30 cents lower than traditional gas stations, and the chains offer members coupons to use in their stores when they fill up. Gasoline sales at the warehouse clubs are an important part of their business and draw customers inside.

"People are seeking out the clubs because of the gas," said Michael Baker, a retail analyst at D.A. Davidson. "It's US consumers' nature to go out of their way for lower gas prices."

Costco, for example, is typically 20 cents a gallon below the market average, according to Tom Kloza, the global head of energy analysis at IHS Markit's Oil Price Information Service. BJ's says it's 10 cents below average.

Costco, Sam's Club and BJ's want you to fill up your tank in their parking lots and then go stock up on giant jugs of ketchup, boxes of snacks and clothing. (And why not buy a flat-screen TV or a new couch while you're at it?) Their gas stations give these warehouse stores an advantage that many retail competitors can't match.

Gas makes up around 10%, $20 billion annually, of Costco's overall sales and 9% of BJ's. Walmart, which owns Sam's Club, does not disclose what portion of its sales come from gas.

Gas is a notoriously low-margin business, but retailers can make money from selling huge volumes of gas -- even while charging much less than independent gas stations, said Kloza, adding that it's not unusual for sales at a Costco location to reach up to 1 million gallons a month compared to an average of 80,000 gallons a month at typical gas stations.

Despite their big-brand names, the vast majority of Exxon, Chevron, BP and Shell gas statons are independently owned, so they aren't able to make a volume play like wholesalers do. Although wholesalers are able to make a profit on gas, they're not making much: Costco, for example, reported that gasoline has a lower profit margin than the rest of its business. Rising gas prices typically help Costco's sales, but hurt its profits.

"When there are inflationary pressures and prices are going up, people look to save on gas," said Richard Galanti, Costco's chief financial officer. For every 100 people who come to Costco to fill up on gas, more than half go shop inside afterwards, he said.

Gas sales at BJ's Wholesale Club jumped 20% during its most recent quarter ending October 30 compared with the same time a year ago.

BJ's is growing market share in gasoline "in leaps and bounds," CEO Robert Eddy said on a call with analysts Thursday. When gas prices hit over $3 a gallon, "members love us" and shift their gas spending to the club.

Gas discounts are a tool Walmart uses to encourage customers to sign up for Walmart+ memberships, which also offer free shipping and discounts on prescriptions.

Walmart said on Tuesday that it's actively trying to keep gas prices down to attract customers worried about how much they're paying at the pump, especially as federal stimulus benefits wane.

"Gas prices are a concern....They're up dramatically versus a year ago," Walmart CEO Doug McMillon said on an earnings call. "The customers had money (then). And at some point, that's going to come to an end." 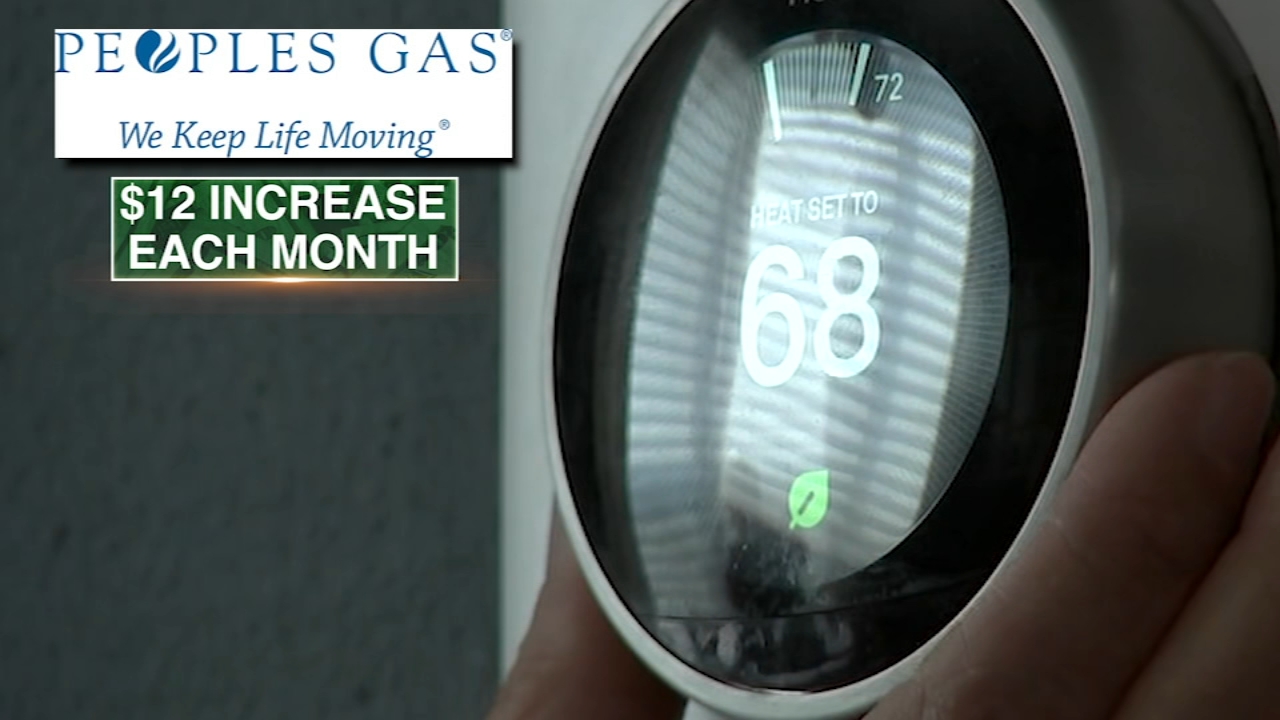 Will the proposed rate hikes from Peoples Gas, Nicor affect your bill?

$4 gas could return as soon as May, GasBuddy projects

Inflation cools much more than expected in October