A complicated figure in Chicago's catholic community, Father George Clements, died Monday at the age of 87.

After suffering a stroke and surviving cardiac arrest this fall his adopted sons said Father George Clements decided it was time to go home.

"The family wants to extend our gratitude for all of the well wishers, cards, letters, donations," Joey said.

Father Clements legacy stretches back decades beginning with the fight for civil rights.

Clements served as pastor of Holy Angels Parish for many years and was an activist involved in the Civil Rights movements.

"He's the one that hid Bobby Rush when he was a Black Panther and they were searching for him," said Father Pfleger.

He adopted four sons of his own when they were teenagers in 1980 to help give homeless black children a home.

"Since then over 400,000 homeless children have been adopted through the program of 'One Church, One Child,'" said Joey.

"I do believe my father will be exonerated on all these charges," Joey said.

Clements marched with Dr. Martin Luther King, Jr., in Chicago, Alabama and Mississippi, and was arrested. Clements was also the first Catholic priest to become more than a spiritual father, but also a legal father by adopting children.

"I thought how can somebody with a crazy name like that ever become popular!" he told ABC7 in 2017. "And I just think you know Barack Obama wow! He defied all the odds he didn't let that stop him." 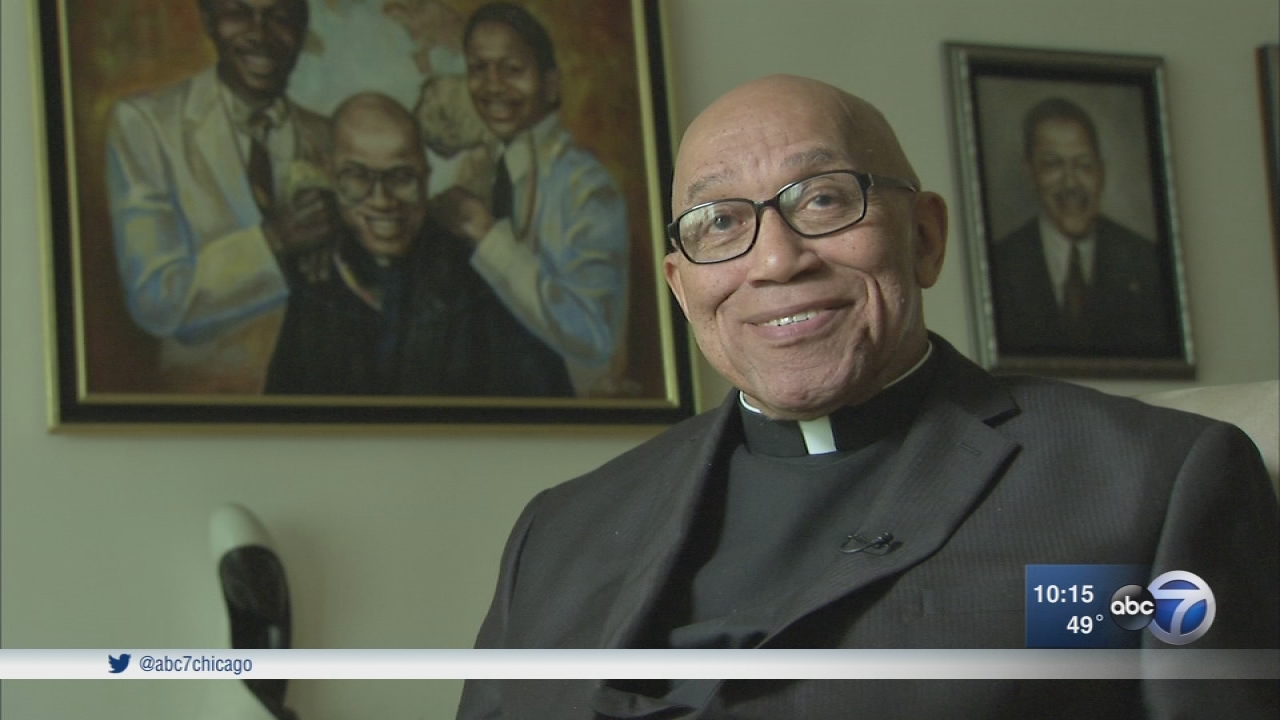 Father George Clements reflects on 60 years of service and activism