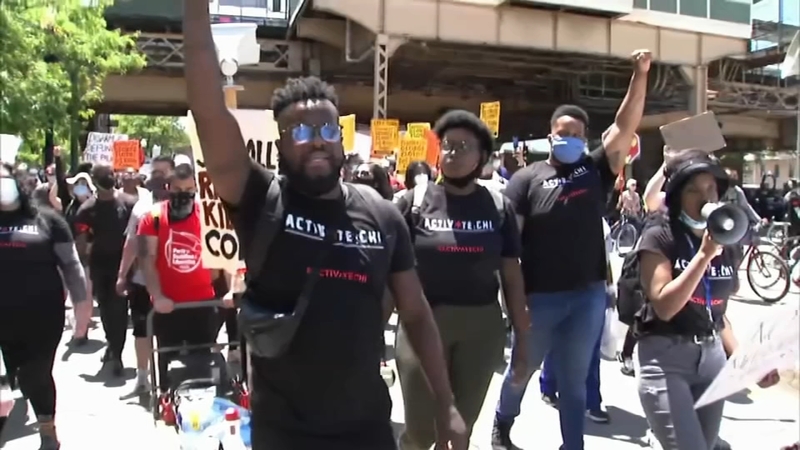 What has changed 6 months after George Floyd's death?

CHICAGO (WLS) -- It's been six months since George Floyd was killed by a police officer during an arrest in Minneapolis.

Floyd's death was a wake-up call for America. The outrage over how he died fueled nationwide protests over systemic racism and racial injustice.

"I think people did that out of genuine and substantive space in their heart, but I still think we have a vague number in our subconscious of acceptable number of black people killed," said Amika Tendaji, with Black Lives Matter Chicago.

While her organization became a household name, Tendaji said she does not believe much has changed in the past six months when it comes to police reform. Neither does Father Michael Pfleger.

"We had a president who did nothing for police reform and duked the fires of racism and he got 73 million votes," Pfleger said. "What does that say about America?"

Pfleger fears if America doesn't change, the civil unrest over the summer is the tip of the iceberg. But, Pfleger and Tendaji said Floyd's death did get the conversation going and others listening.

"I think things are rapidly changing in changing in corporate America," said John Rogers, Co-CEO at Ariel Investments. "I'm the most optimistic I've been in 38 years since I started Ariel."

Rogers sits on several corporate boards. He said in the past 6 months, several CEOs have reached out to him about more diversity on boards and in management.

"And equally important: how they can do business with African American companies, a major sea change in America," Rogers added.

But Pflger and others say on a local level there is still a very long way to go, especially with police reform.