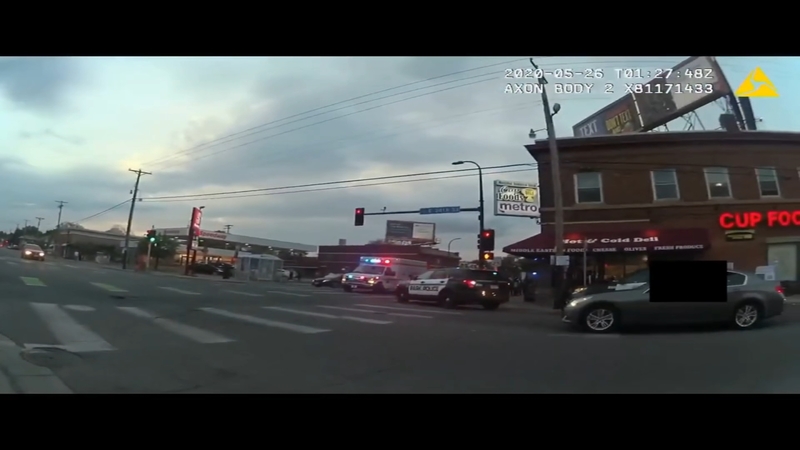 MINNEAPOLIS (WLS) -- Minneapolis Park Police released bodycam footage from one of its officers on Wednesday after questions were raised about the presence of one of its cars at the scene of the George Floyd arrest.

The heavily-redacted bodycam footage shows the park police officer on the scene near the Floyd arrest. The arrest was carried out by the Minneapolis Police Department.

According to Park Police Chief Jason Ohotto, his department received a request for assistance from the MPD at approximately 8:10 pm on Monday, about 10 minutes after MPD's initial response to the scene.

The video shows the officer monitoring the people who were in Floyd's car. Their identities are not revealed.

A park police officer can be heard telling the individuals not to interfere with the car and stay on the sidewalk until the arrest is complete, according to KSTP.

"Just stay put, alright, until my partners and them are done over there and they can figure things out. We'll figure things out alright," an officer says. "Right now, we're grabbing an ambulance for your buddy."

Floyd, a black man, was seen on another video gasping for breath during an arrest in which an officer kneeled on his neck for almost eight minutes. In the footage, Floyd pleads that he cannot breathe and slowly stops talking and moving.