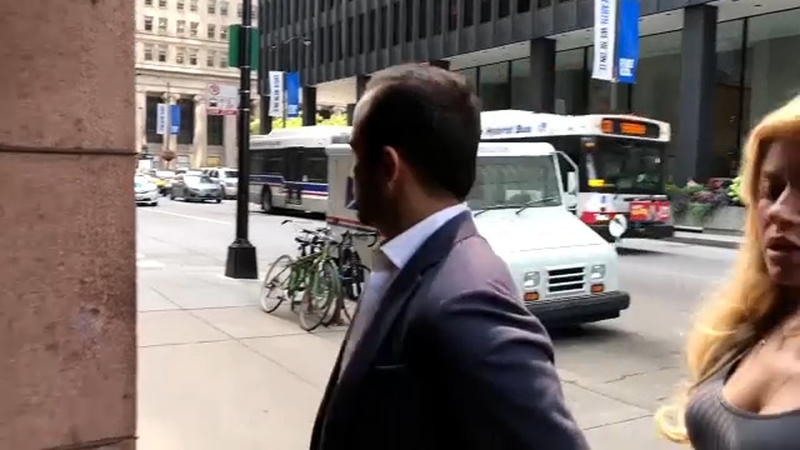 CHICAGO (WLS) -- On a day when top Donald Trump associates were falling like flies, an ex-foreign policy adviser from Chicago was firming up his plans to go down as well.

George Papadopoulos, 31, was brought onto the Trump campaign for president in the summer of 2016. He served as a foreign policy advisor.

Papadopoulos pleaded guilty last October to lying to the FBI about his contacts during the campaign, including some with a professor described by prosecutors as having "substantial connections to Russian government officials."

Government attorneys last week said that they were going to press for Papadopoulos to spent up to six months in prison because he hadn't fully cooperated as their plea agreement had required.

At the same time, Papadopoulos' wife Simona said that her husband was having second thoughts about the plea deal and she was encouraging him to scuttle the agreement with prosecutors even though sentencing is just a couple of weeks away, on September 7, in Washington DC.

Such a move, if successful, would have exposed Papadopoulos to a trial, the good possibility of additional felonies charges against him and a much longer potential jail sentence if convicted.

Although unlikely that he could actually have scrapped his agreement with the government, Papadopoulos met with his attorney in Chicago on Friday to sort out legal plans going forward.

Attorney Thomas Breen told the ABC7 I-Team that he was looking forward to a quick decision from Papadopoulos.

"I hope so, I sure hope so" said Breen before the meeting. He also stated that he would discuss whether the Papadopoulos' case would involve him from this point onward.

The meeting in Breen's office lasted about two hours. Afterward, Simona Papadopoulos told the I-Team in a text message: "George decided to stick to his plea." She said that he would "take responsibility for being less then (sic) candid in some of the statements with the FBI."

According to Mrs. Papadopoulos, the "attorneys will ask for a non-custodial sentence"-meaning they will request no prison time at the September sentencing.

Shortly after sending those remarks to the I-Team, Mrs. Papadopoulos provided a further statement suggesting that her husband was actually still thinking about the matter and would prefer to break the news of his decision on Wednesday.