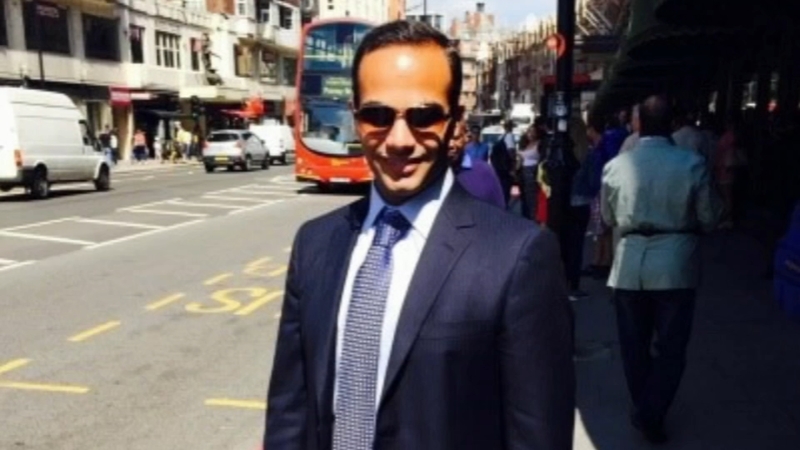 CHICAGO (WLS) -- The first Trump campaign worker sentenced to prison in the Mueller investigation, finished close to last in his attempt to claim a seat in the U.S. House of Representatives.

Suburban Chicago native George Papadopoulos finished 9th in a field of 13 candidates running for an open seat in Southern California during yesterday's primary.

The Super Tuesday election proved to be far less than super for Papadopoulos, 32, who had relocated from Chicago after his fall from brief glory as a foreign policy adviser to the 2016 Trump campaign.

The Niles West High School and DePaul graduate pleaded guilty to lying to the FBI about his Russian contacts on behalf of the Trump team. He spent 12 days in prison before launching a Republican congressional campaign in California's 25th District, after incumbent Democrat Katie Hill's political career went down in flames following allegations of inappropriate relationships with staff members.

The top performer in the primary was a Democrat with 26,305 votes. The leading Republican won 22,542. Papadopoulos checked in with 1,703 votes-less than two percent of the total.

However, on Wednesday Papadopoulos pledged a comeback telling the ABC7 I-Team that he is "learning from the mistakes of this run, to get set for a new one in a couple years." He declined to say what office he would run for-or where-but that the campaign would occur "once my full story is out about the events from 2016-17 which clearly exonerate me."

Papadopoulos has written a book entitled "Deep State Target" that lays out an elaborate conspiracy against him directed from a political underbelly. He also hosts a new podcast called "Punching Back" that he says will occupy him in the near future.

As the I-Team first reported last summer, Papadopoulos and his wife Simona are also involved in a 13 part TV "docu-drama" that they bill as a political tell-all. Executive producer Stephanie Frederic told the I-Team that the show will document their lives "post-Mueller" investigation, referring to the special counsel Robert Mueller who brought the case against Papadopoulos. It will be an "intimate look at a jet setting couple; cat-fighting millennials," she said.

Papadopoulos pleaded guilty to lying to the FBI about his Russia contacts on behalf of the Trump administration during the 2016 campaign. After his involvement surfaced, the president downplayed Papadopoulos' role in the 2016 effort-with a former campaign official calling Papadopoulos nothing but a "coffee boy."

The couple "might end up back in Chicago" Papadopoulos told us on Wednesday. This week they are in Las Vegas where Simona Papadopoulos says she is to appear at a pro-Trump convention called "DeploraPalooza" taken from the reference that Hillary Clinton made in 2016 to some Trump supporters as "deplorables."