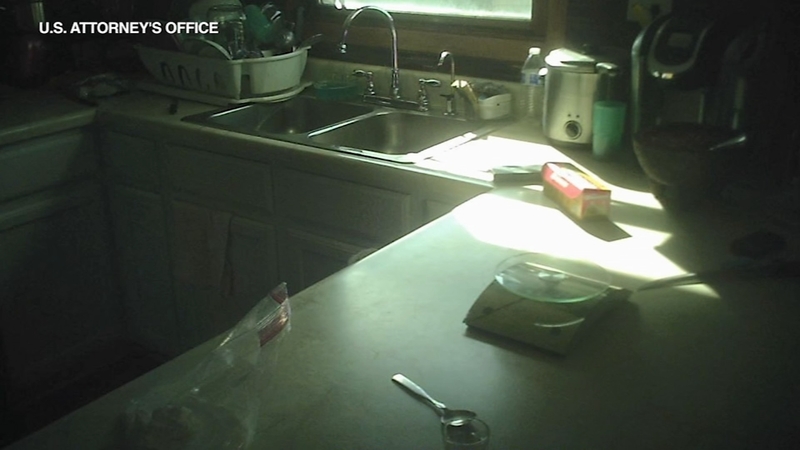 CHICAGO (WLS) -- A north suburban man is in federal custody after U.S. drug agents say he was selling kilo quantities of cocaine from his kitchen.

Gilberto Almanza, 44, of North Chicago, is being held without bond at the Metropolitan Correctional Center in Chicago.

They said several kilos of cocaine were found inside a safe in the master bedroom. They also found two stacks of money there.

One informant cited in the complaint said they regularly bought kilo quantities from Almanza for $36,000 each.

Pictures provided by the U.S. attorney's office show Almanza's alleged operation set up in his suburban kitchen and he is depicted answering the front door of his Dugdale Road residence in a video grab from an undercover operative's hidden camera.

Almanza is charged with delivering drugs worth millions of dollars to a representative of a Mexican-based organization. That man was said to be working for the feds.

A .22-caliber pistol was among the items authorities said they found during a court-authorized search of Almanza's suburban home last month.

Investigators said they also recovered an ammunition stash and more than $40,000 in cash.

U.S. drug investigators said the customer base for this operation was primarily from metro Chicago, but that some were from Wisconsin, Indiana and Michigan.

Law enforcement sources said the supply line between Northern Mexico to Chicago was simple and effective with drugs shipped in, and money shipped back.