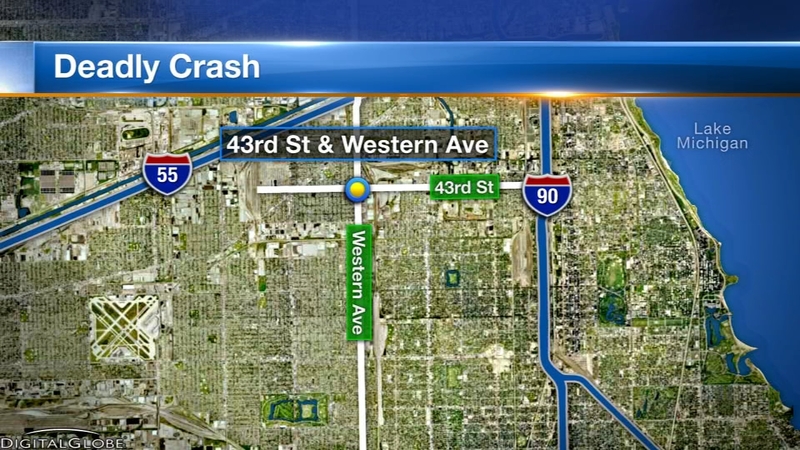 CHICAGO -- A 5-year-old girl was killed and seven other people, including five children, were injured in a two-vehicle crash Sunday morning on the Southwest Side, police said.

About 10:25 a.m., a Ford Focus drove into the intersection at 43rd Street and Western Avenue after the light had turned red, causing it to collide with a Ford SUV, according to Chicago police and the Chicago Fire Media Affairs.

Four girls - ages 5, 13, 15 and 16 - who were riding in the Focus were taken to Stroger Hospital, police said. The youngest girl later died, and the others were listed in good condition.

The girl was identified as Daniela Chavez, according to the Cook County Medical Examiner's Office.

The Focus' driver, a 41-year-old woman, refused treatment at the scene, police said. She was issued citations for failing to obey the red light and yield in the intersection.

Further charges were pending the outcome of an investigation by the CPD's Major Accidents Investigation Unit, police said.