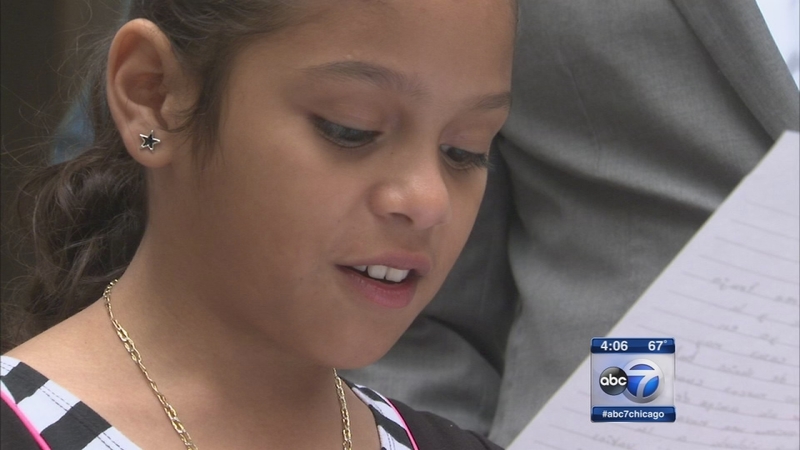 Girl, 9, from Honduras seeks US asylum

WAUKEGAN, Ill. (WLS) -- After one year of being in the United States, a 9-year-old girl faces deportation.

She was only a baby when her mother fled to the U.S. to escape crime in Honduras. Growing up, Dina said she saw dead bodies in the street and her aunt's friend attacked at knifepoint, before her mother arranged for her to cross the border.

In an interview at Chicago's U.S. Asylum Office on Thursday, the 9-year-old girl made a personal plea to stay in America. Dina also said she doesn't want to leave her 3-year-old American brother behind.

"The law is not with us. There is a directive from the White House to expedite these children out of the country," said Julie Contreras, of the League of United Latin American Citizens of Lake County.

"Statistically, when you look at the cases nationwide, her odds are not good. But my hourglass is half full," said Christopher Helt, Dina's attorney.

Thursday's interview is not Dina's last chance. But how well she fares in it could determine which way an immigration judge will rule. The final hearing has not been scheduled.