WLS
By Cate Cauguiran, Will Jones and Jesse Kirsch 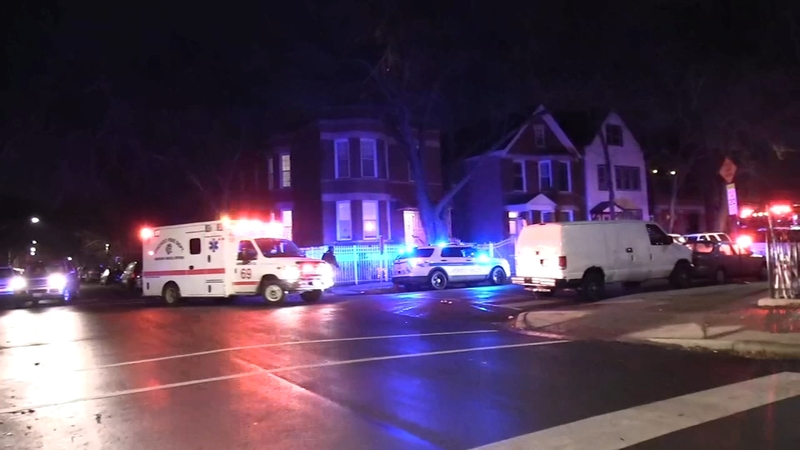 CHICAGO (WLS) -- A 7-year-old girl remains in critical condition after she was struck by a stray bullet while sitting inside a home in Chicago's Brighton Park neighborhood on Christmas morning.

According to police, the girl was attending a family gathering in the 3500 block of South Washtenaw Avenue when someone on the sidewalk fired shots Wednesday at about 1:37 a.m.

Investigators said she was watching TV when she was shot in the stomach.

"I was, like, a little scared 'cause it's really, really close to home and I was like, where was that, I thought it was in the alley. I did not expect it to be right here," said neighbor Ana Del Rio.

The girl was wounded in the abdomen and transported to Stroger Hospital in critical condition, police said. Police said she was not the intended target.

"Doctors are doing the best they can to hopefully work and heal her," said community and victim advocate Andrew Holmes.

Police said a 38-year-old man who was also shot in the incident was identified by police as the intended target of the shooting. The man walked into St. Anthony's Hospital with a gunshot wound to the leg and was transferred to Mt. Sinai Hospital in stable condition, police said.

"It's something wrong up here," said Holmes, who handed out flyers in the neighborhood earlier in the day asking for help. "Any time you creep and hunt an individual like an animal, and shoot, and you shot through that window, went through that couch and hit this baby. You have no regard. You ran like a coward."

Mayor Lori Lightfoot posted a statement about the shooting Wednesday on Twitter.

"As we gather for the holiday, we renew our commitment to protect our children from harm. Praying for the young girl struck by a bullet in Brighton Park," she wrote.

As we gather for the holiday, we renew our commitment to protect our children from harm. Praying for the young girl struck by a bullet in Brighton Park.

To the family, CPD will do everything possible to bring the perpetrator to justice. As a City, you have our love and support. https://t.co/id8jRKGkjB

Ald. George Cardenas said he plans to make sure the child will still get to celebrate Christmas.

"We are going to see if we can relive Christmas for her in a way that should have happened and it didn't," Cardenas said.

Police are continuing their search for the person responsible for the shooting.