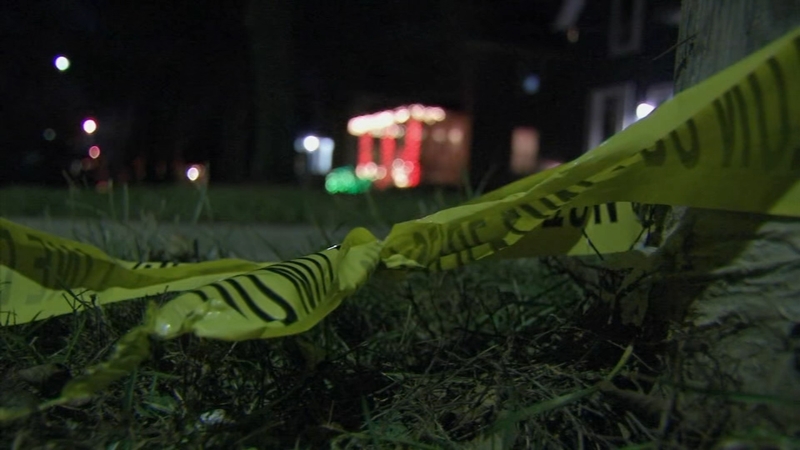 ELGIN, Ill. (WLS) -- A 14-year-old girl was in a car near an Elgin elementary school when she was shot and seriously injured Tuesday.

Elgin police said the girl was a passenger in a vehicle driving near Lowrie Elementary School, at the intersection of Billings and Washburn streets, when someone fired shots from a passing car, hitting her. A man in the car with the 14-year-old was not injured, but the girl remained in serious condition Wednesday. She attends Ellis Middle School in Elgin.

Elgin resident Marylou Moser said she lives near where the shooting occurred.

"I heard three loud pops that seemed to be right outside here and a car take off, going east on Washburn," Moser said.

"It's just devastating," he said. "It's a shame that these things have to happen, especially near a school."

There was increased security at the elementary school after the incident, and parents were notified, Elgin District U-46 officials said. The shooting did occur about an hour and a half after students were let out.

"We ushered students into the school immediately (Wednesday), rather than have them line up outside of school," district spokeswoman Mary Fergus said. "And we did not have an outdoor recess today at the elementary. We'll do that for however long students and staff and the community feels it's necessary."

But the shooting does have community members worried.

"I have my little sister, who attends the school, my mother works in the school, her godmother works as a secretary at Lowrie elementary, so it's just a little scary," Stephanie Marquez said.

The man who was with the girl when she was shot is cooperating with police. No one was in custody Wednesday .
Report a correction or typo
Related topics:
elginshootingteen shotchild shot
Copyright © 2022 WLS-TV. All Rights Reserved.
TOP STORIES
Storm forecast to drop 1-3 inches of snow on Chicago area | Radar
Girl, 8, killed by stray bullet ID'd: ME
6 found dead inside Milwaukee home, authorities say
5 tax changes that can boost your refund this year
Woman finds $3M lottery prize in her spam folder
Family demands justice after 23-year-old woman found dead after date
COVID mandate draws protestors rallying against proof of vaccination
Show More
$45K raised for Bradley officer recovering from deadly hotel shooting
$6M worth of cocaine laced with fentanyl seized in Wisconsin
Chicago Weather: AM snow, mostly cloudy Monday
Woman killed in 'targeted ambush' at her birthday party in CA
Police lift SUV to rescue woman, 70, pinned underneath: VIDEO
More TOP STORIES News