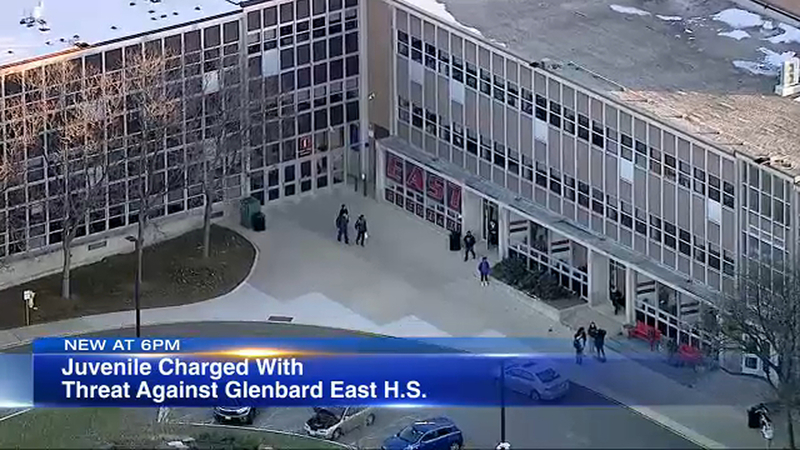 LOMBARD, Ill. (WLS) -- A Glenbard East High School student was charged after allegedly posting a Snapchat video of himself holding a gun and threatening the school.

The video, which was posted on Monday, allegedly shows the boy saying that he was going to shoot up the school, which is located in Lombard. He said, ""1, 2, 3, all the kids will leave. They're not so cool because I'll shoot up the school," according to the DuPage County State's Attorneys Office.

The boy was taken into custody later in the day and charged with two counts of false report of a threat to a school, a class 4 felony.

The boy appeared Tuesday afternoon in Juvenile Court. Judge Robert Anderson ordered that he be released to the custody of his parents on home detention.