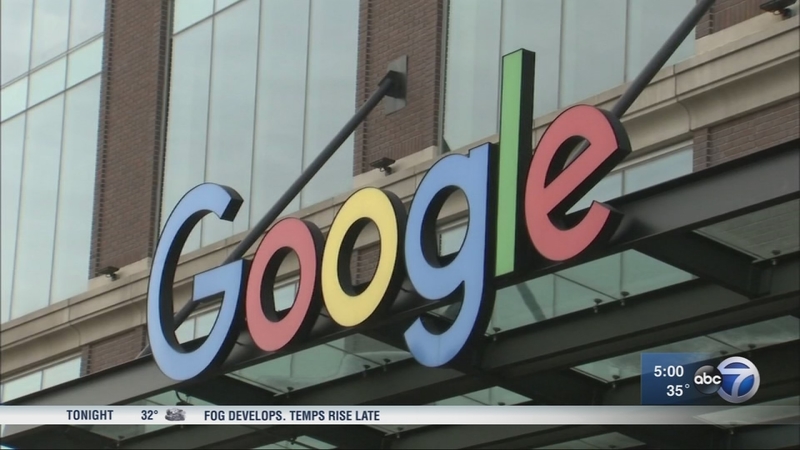 CHICAGO (WLS) -- Google is considering opening another operations center in Chicago, an addition that could bring thousands of jobs to the city.

Chicago Mayor Rahm Emanuel confirmed the city is in talks with Google during a ground breaking for a South Side residential development on Tuesday.

"I don't want to talk about one particular company, because they're a public company," said Emanuel.

Reports are circulating that Google may be planning to develop a new campus off the West Coast, bringing between 1,000 and 5,000 tech jobs to whichever city they choose.

Overlooking a model of the Illinois Institute of Technology campus that highlights the school's historic linkage to Chicago's engineering DNA, IIT Provost Russell Betts said Google should bring their new operations center to a location near IIT.

"Forty-five percent of our students are international, they are driven by wanting a job, particularly in tech industries," said Russell. "Our programs are designed to be very responsive to the end employers."

At a market cap of $773 billion, Google wants to expand closer to where more technology talent lives and where students want to settle.

"The culture, the quality of the people, the education they provide, the skills, the diverse talent, is what makes a company like Google come. That's a big sell to other companies that might want to move their headquarters here as well," said John Challenger, CEO of Challenger, Gray & Christmas.

Chicago has ranked number one in foreign direct investment over the past five years, according to a 2017 report from IBM.

"Why are companies moving their headquarters or their major operations to Chicago, is because they see the talent, the transportation, the training, the transparency, and the technology, and we are willing to invest in those things," said Emanuel.