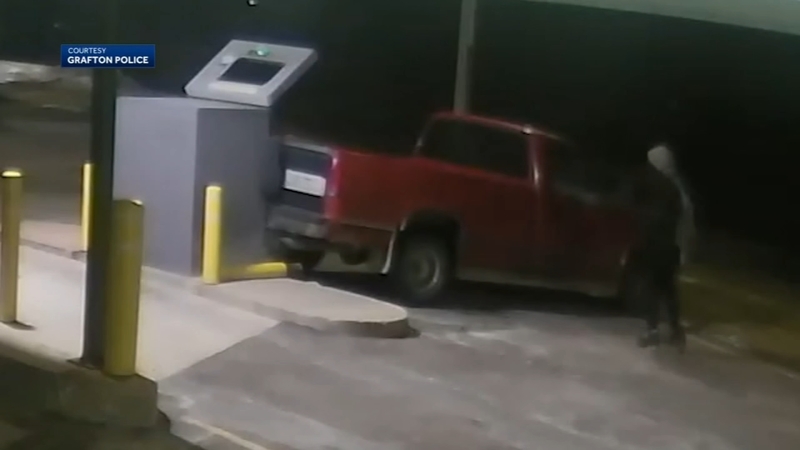 But this was no average transaction. Video shows the truck back up to the machine and two people get out holding duffel bags. They used a tool to pry open a cover, but police said they couldn't get inside to the money.

They then chained the machine to the truck, knocking it out of the ground and taking it.

With the ATM in tow, police said the thieves headed south on Green Bay Road into the town of Cedarburg.

A mile and a half away, the two ditched the truck and ATM in a neighbor's front yard.

"When you have like 10 squad cars down there, it lights up the whole neighborhood," said Lynn Neumann, who lives right down the road.

Neumann said her daughter saw something strange on her way to work.

"She calls me up and says, 'mom there's something all beat up in the end of the driveway down there,'" Neumann said. "We didn't know what it was at the time, but later on heard through the grapevine it was the missing ATM."

Despite several agencies and K9 units searching, the suspects were gone. Officers did recover the ATM and truck, which police said had been stolen from Milwaukee.