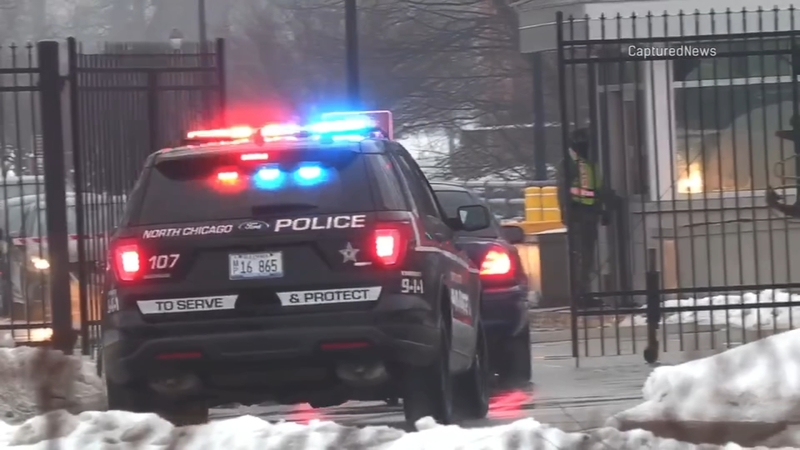 GREAT LAKES, Ill. (WLS) -- The Great Lakes Naval Station was on lockdown Friday morning after a vehicle drove through an entrance gate.

A black Toyota Camry "made an unauthorized entry into Gate One" at about 7 a.m. at the naval station, which is located in Great Lakes, officials said in a news release. The driver did not follow directions at the entrance.

Base officials immediately locked down the main side of the base, and a search for the vehicle and its driver began.

The vehicle was located at about 9:30 a.m., and the driver was found soon after that.

The driver is an employee on the base with authorized access, officials said. The vehicle and surrounding area are being swept by military working dogs, and several buildings have been evacuated.

No one has been injured and no property was damaged, officials said.

In a separate incident, a vehicle caught fire off-base. It was unrelated to the gate runner.

A graduation ceremony scheduled to take place at 9 a.m. has been delayed, but officials were allowing people through the gates for the ceremony about 9:15 a.m.

Family members from all over the country were idling in their cars outside the base for hours Friday morning.

"It just scares me, if something happens to my son or whoever else is in there or something else has happened to them," said Alvin Binkley, whose son was scheduled to graduate Friday.

Some cars even ran out of gas while waiting in the traffic backup.

"It's a navy base. I would hope they would handle the situation properly, should get taken care of quickly," said Bryan Neidermeyer, whose son was also scheduled to graduate. "It's been two and a half hours, so."

The lockdown was lifted just before 10 a.m., but the east entrance remained closed as security was heightened in other locations.