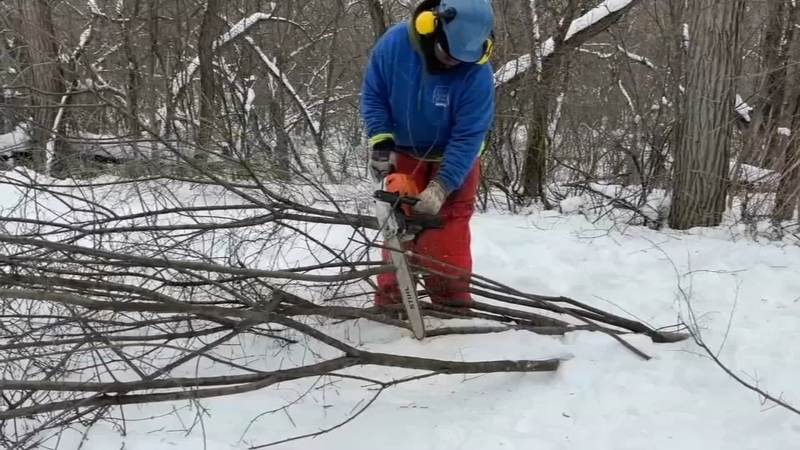 CHICAGO (WLS) -- It's a jobs training program with equity at heart, preparing Chicagoans who've had barriers to employment for the next generation of green jobs.

Greencorps is accepting applications for training that pays $15 an hour and starts next month.

"Had I not entered Greencorps in 2014, I mean who knows where I'd be right now, I may back in the system," said Greencorps Crew Chief Jermaine "Buck" Redmond.

Redmond said this jobs program put his entire life on a new course after spending nine years in federal prison.

"It gave me a lot. They opened doors for me that I never knew were there," he said.

His Chicago Greencorps crew is versed in horticulture, ecology, landscaping and more. And they're doing everything they can to clear out invasive species of trees at the Cook County Forest Preserve.

"Open up the canopies so the natives can come back in," Redmond said.

According to Chicago Department of Transportation Commissioner Gia Biagi who oversees Greencorps, the program has a track record of success.

"We have an 80% placement rate over the last five years into full-time employment for folks who've been in this program," Biagi said. "I mean, that's how we move the needle not only on our way out of COVID, but toward ending the kinds of challenges that are very systemic in this city."

"To just go back to those neighborhoods and ride past and see how good they look, it makes you feel good inside because you know you were a part of that," Redmond said.

So if you have a passion for the outdoors and you're Ready to Work, consider the Greencorps jobs program. Their training pays $15 an hour.