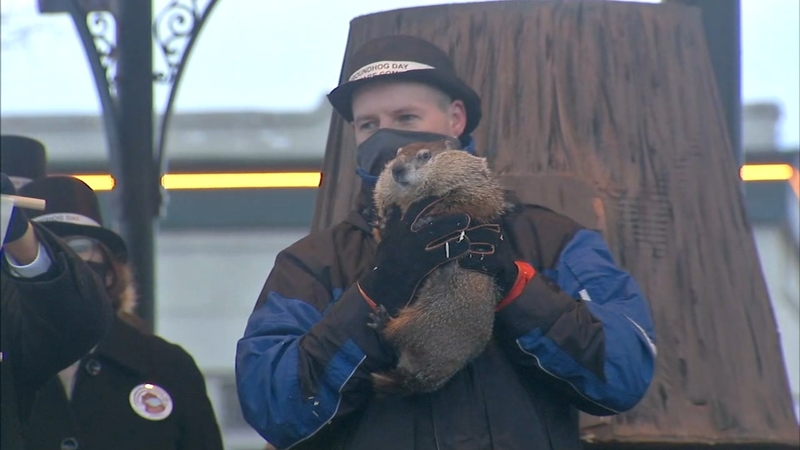 He was joined by the Groundhog Polka Band and hundreds of spectators at the northwest suburb's historic town square.