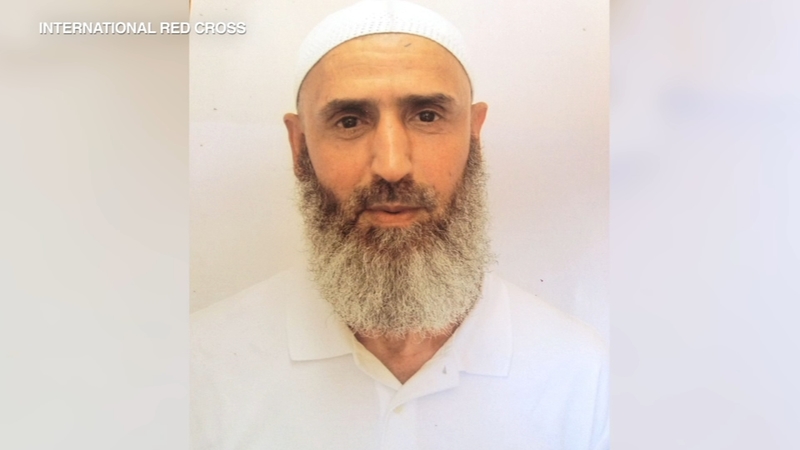 CHICAGO (WLS) -- Behind the razor wire and inside the infamous U.S. detention facility at Guantanamo Bay, Cuba, Abdul Latif Nasser was known as a forever prisoner. Nasser was plucked from the battlefield and held at Guantanamo for 19 years as an "enemy combatant"; held with no charges or trial; until Monday after the legal handiwork of a Chicago attorney and a colleague he first met at the University of Chicago.

Chicago defense attorney Tom Durkin's client was 1680 miles away at what's called Camp Justice. It was injustice that Durkin says brought him and his longtime legal friend from U of C, Bernard Harcourt, onto the case of Abdul Latif Nasser, who was a young man when he was captured on the battlefield in Afghanistan. He is now 56 years old.

"He's been there almost 20 years," Harcourt, now a prominent professor at Columbia Law School, told the I-Team. He teamed up with Durkin to extract Nasser from a never-ending confinement; especially after the 2016 decision by a U.S. government panel authorized his release. It was quickly frozen by the Trump administration and never carried out.

"That's what kind of put him in a special position, really, legally, because there was nothing more that we could do for him, I mean he'd been released, he was not being released, they were just not carrying through with the government recommendations so that's what raised this kind of unique suspension clause issue," said Harcourt.

So, the attorneys challenged Nasser's Habeas Corpus right having been suspended, and as that slowly moved through the courts, four years later, the Biden administration ordered Nasser's release.

"It's an absurd position for the government to take and they know that, and I think the government, the Biden administration had the courage, not, not to make such a stupid claim," said Durkin.

As the I-Team talked to Durkin Monday afternoon, the confirmation call came in.

"He's been released, they said to go home enjoy a meal with your family," an investigator who works with Durkin said after talking to Nasser.

"This is a signal that we're, they're trying to close Guantanamo," said Harcourt.