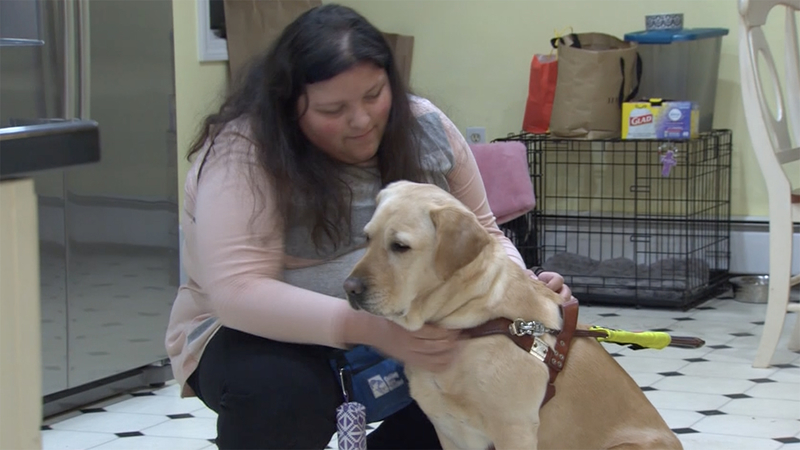 MILTON, Mass. -- A legally blind woman is suing her Massachusetts college, claiming a professor refused to let her bring her service dog to class.

The federal lawsuit said the Curry College instructor insisted service dogs weren't allowed in the biology lab because they're a health and safety violation.

But biology major Isabella Scott said she's disgusted, as she depends on her guide dog, O'Hara.

She said she's forced to sit a table away from her classmates and even claimed her yellow lab was kept in another room next to buckets of animal parts awaiting dissection.

"She is not a pet," Scott told WBZ-TV in Boston. "She is considered trained medical equipment. It is the same as somebody needing a wheelchair."

Scott, who lost most of her sight to a degenerative eye disease, is suing Curry under the Americans with Disabilities Act.

The lawsuit also claimed that the school routinely allows drivers without placards to park in spots designated for the disabled and has failed to correct several physical access issues on campus.

"This is for those who may have had things happen to them in the past and may have been too scared to speak up," she said.

"Here we are 30 years from the signing of the Americans with Disabilities Act, and people with the disabilities are still having to fight for their rights," she said.