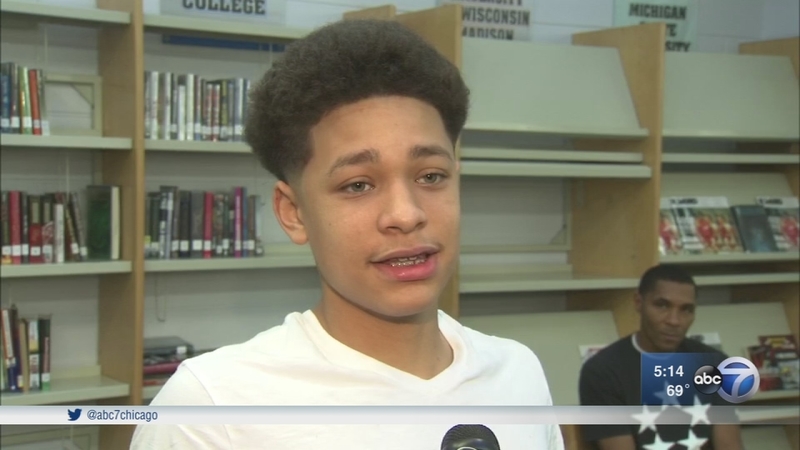 SKOKIE, Ill. (WLS) -- A teenager who repeatedly sneaked into an XSport Fitness in Skokie to use the basketball court thought he was in trouble when management finally called police.

But things turned out differently. The police officer who responded put $150 toward a membership for teenager Vincent Gonzales.

"I thought it was really nice. I texted him and I said 'thank you.' That meant a lot," Gonzales said.

Gonzales' membership had lapsed. The court was a popular spot for the student athlete this summer and he kept trying to come back.

"It was kind of like a magic show. He would just randomly appear, not walking past the front desk," said XSport Fitness employee Justin Pritchett of Gonzalez. "All of our entrances and exits are blocked. And sure enough, he would just show up on the basketball court. He just wanted to play ball."

XSport Fitness management had warned Gonzales because a juvenile without a membership was a liability for them.

The last time they caught him, they called police. That's when Officer Mario Valenti responded.

"After 23 years in this job, you size up people pretty quickly. And I could tell he was a gentle type of kid," Valenti said.

Valenti offered the club $150 of his own money so the teen could have a place to play. Then, XSport Fitness' corporate office waived hundreds of dollars in fees and offered the teen a two-year membership.

"For the officer to respond the way he did and turn a negative situation into an unbelievably positive situation, that's just fantastic," Pritchett said.

"You get satisfaction out of helping people, especially because our job is so negative," Valenti said.

As it turns out, Gonzales is a pretty good basketball player and was hoping to try out for the team at his new school, Uplift Community High School, on Chicago's North Side.