2 shot on same block in Hammond within 24 hours 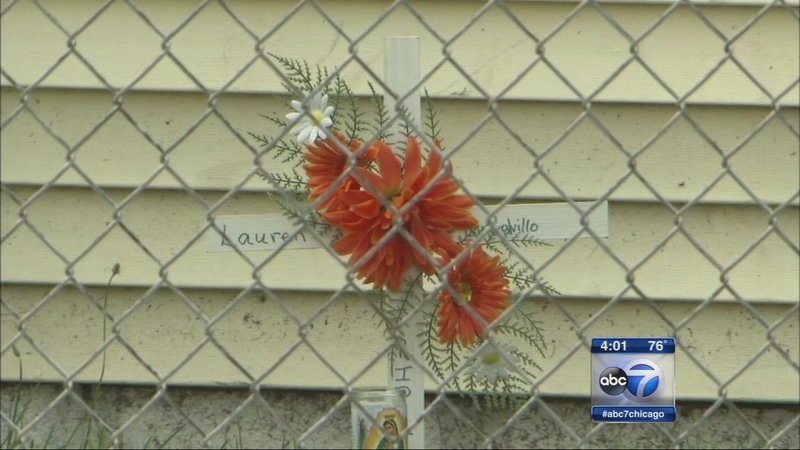 Two shot in on same block in Hammond in 24 hours

HAMMOND, Ind. (WLS) -- Two victims were killed in two separate shootings on the same block of Beall Avenue within 24 hours in Hammond, Indiana.

Monday afternoon, separate memorials attracted mourners, family and friends of 16-year-old Lauren Calvillo and 23-year-old Bobby Vilella. Meanwhile, police are concerned that high gang activity in the neighborhood will discourage witnesses from coming forward to help with the investigation.

Hammond police say around 11:30 a.m. Sunday, a minor car accident was being dealt with between neighbors when some local gang members got involved and started asking about affiliations. Police say one man then pulled a gun and shot Vilella, who was not involved in the accident.

"He was just there and trying to be a mediator, trying to break it up and like, 'Man, you all cool out,'" Vilella's friend, Kash Kelly, said. "It was a misunderstanding, led to gun violence, and him losing his life."

Then on Monday, a large group congregated to pay their respects in front of where Vilella was shot.

"There were several individuals, possibly 10 to 15, even 20-plus persons who were at this memorial for Robert Vilella and they may or may not have been targeted, but that's when they gunshots came out," said Hammond police Lt. Richard Hoyda.

Across the street at a martial arts school, 35 children were taking a class. When gunfire broke out, they were quickly taken to a safe location.

"The children were immediately moved to a safe location in the building," says Humberto Prado of CTI Martial Arts. "Parents, you can tell, were shielding the front door. One parent actually ran into the school with his son crying because he was afraid of the gunshots."

Witnesses say they heard upwards of 15 shots. Lauren Calvillo, 16, was on her porch, trying to get some of the local children off the street, when she was struck. Calvillo was wounded and taken to St. Margaret's Hospital, where she was pronounced dead at 8:02 p.m., the Lake County medical examiner's office said.

The bullets ricocheted off homes and left holes in a car on the street.

"We would always see her on her front porch, playing with friends, listening to music, singing," said neighbor Teresa Guzman. "She was a good girl."

Neighbors say Lauren had just celebrated her 16th birthday a few weeks ago. Anyone with any information is asked to contact the Hammond Police Detectives Division.