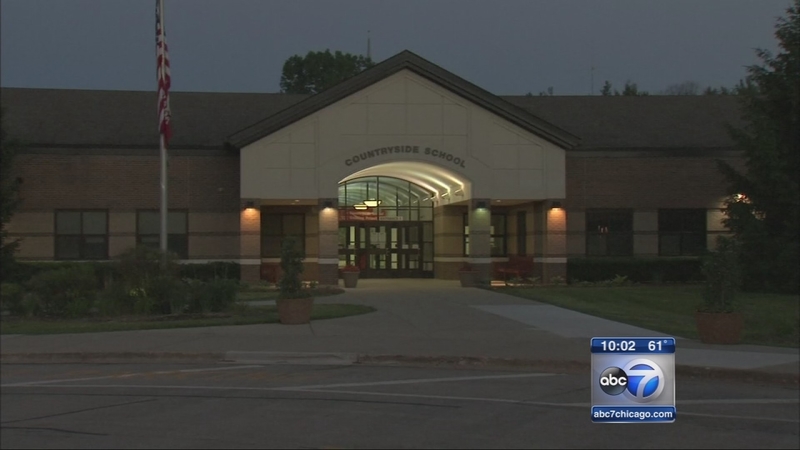 Those two second-graders were not injured after school officials say they were hanging from their shirt collars on a door hook. It appears they were simply horsing around, but their actions have administrators warning parents.

On Wednesday, administrators at Countryside Elementary School showed us some of the door hooks they've removed from bathroom stalls at this school and seven others.

"The message we're really sending is for parents to have this conversation with their kids after school and let them know that hanging by your neck in any situation is dangerous. And even though it might sound like fun, it's definitely not something they should partake in," said Morgan Delack, Barrington 220 District spokesperson.

The move comes after school officials say two students were playing the so-called "hanging game" in one of the boys' bathrooms earlier this week, in which the two second-graders were hanging from their shirt collars on a bathroom stall door hook.

Classmates who saw what was happening notified teachers.

"The children that were involved in this game, they immediately got off of the bathroom door, and they were examined by a nurse. They were found to be in good health, but of course that sparks a conversation about what is safe and what is not," said Delack.

The boys have not been disciplined by the school, but to discourage copy-cats, administrators say door hooks have been removed at all elementary schools in the district and parents have been notified by email.

Lisa Witek has a first-grader at the school.

"What I really tried to stress to my child was that other student that came and saw a situation that didn't look quite right, and they went and found a trusted adult. And they had the confidence and strength to do that," said Witek.

"This isn't a Barrington problem. This could happen at any school in any place in the country. So really, everyone should be talking to their kids about this and letting them know that this hanging game is not a game," said Delack.

It's unclear how prevalent the hanging game is. Barrington school officials say this is the first time they've heard of it, and they say the two boys in question learned about it from others outside the school.