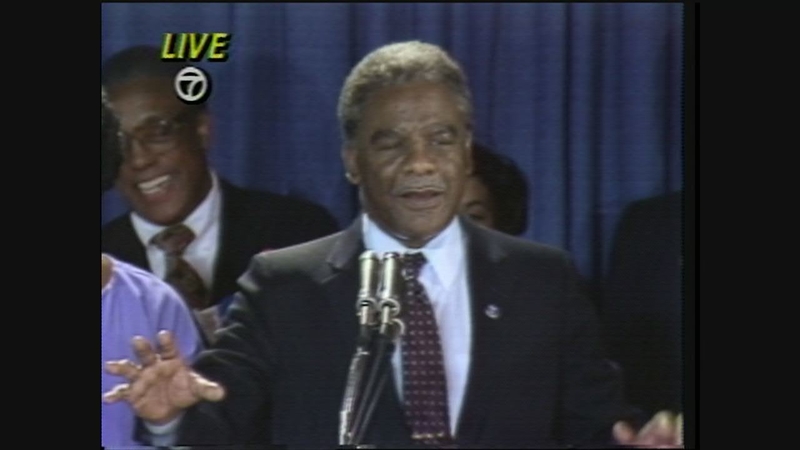 CHICAGO (WLS) -- ABC7 Chicago remembers and celebrates Chicago's native son and first African American mayor, the late Harold Washington, prior to the anniversary of his 100th birthday on April 15.

Born, raised and educated in the Windy City, Harold Washington was a true Chicago original who looms large in the city's history. As the 100th anniversary of his birthday approaches, ABC7 takes a close-up look at the enigmatic and charismatic man whose election broke barriers and who worked to make Chicago a more inclusive city. The special will showcase never-before-told stories from Washington's longtime friends and fellow politicians. ABC7 also chronicles the former mayor's humble beginnings, political career and connection to the community while also shining a light on current efforts to uphold his legacy.

ABC 7 Eyewitness News anchor Cheryl Burton said, "Being a Chicago native who grew up on the South Side, voting for Harold Washington was an act of pride. I remember being in college and taking the Greyhound bus home to cast my vote. When the first Black mayor of my city was elected, I was not only inspired but felt a profound sense of dignity that was infused with the belief that anything was possible. To be able to witness history and be a part of it was a life-changing event."