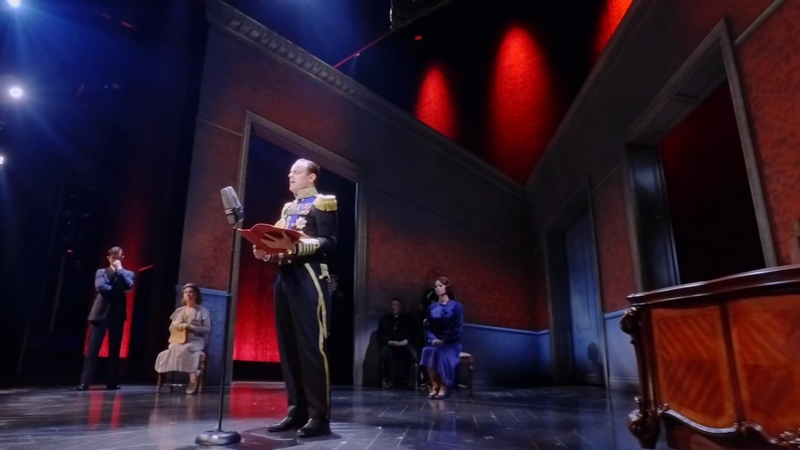 CHICAGO (WLS) -- One of the stars in the new Downton Abbey movie is here in Chicago for another opening the same day!

"The King's Speech" was an Oscar winning film and is premiering at the Chicago Shakespeare Theater.

"The King's Speech" is the story of a royal who, before his impromptu ascension to the throne as Britain entered World War II, must overcome a stammer with the help of a speech therapist. Harry Hadden-Paton plays Bertie who becomes King George the VI.

"With the film, obviously we don't want to copy what they did so I haven't watched that since I watched it originally. I don't think our director's ever seen it so hopefully what you are getting is a fresh take on it as well," Hadden-Patron said.

The speech teacher is played James Frain, known for shows like "The Tudors" and "True Blood."

"It's definitely the warmest, kindest character I have played and I think people will be surprised by how funny it is," Frain said. "People are expecting an historical lesson something like the film - it really has taken people by surprise."

As an extra surprise, Hadden-Paton's other Bertie is back as the actor joins his old cast in the new Downton Abbey film.

"They're saying, 'thank you for making Edith happy' is what I get a lot," Hadden-Paton said. "The good thing about Downton fans is that they are not angry, they are always pleasant and grateful to see you. I embrace it and if it gets more people to see this play than wonderful."