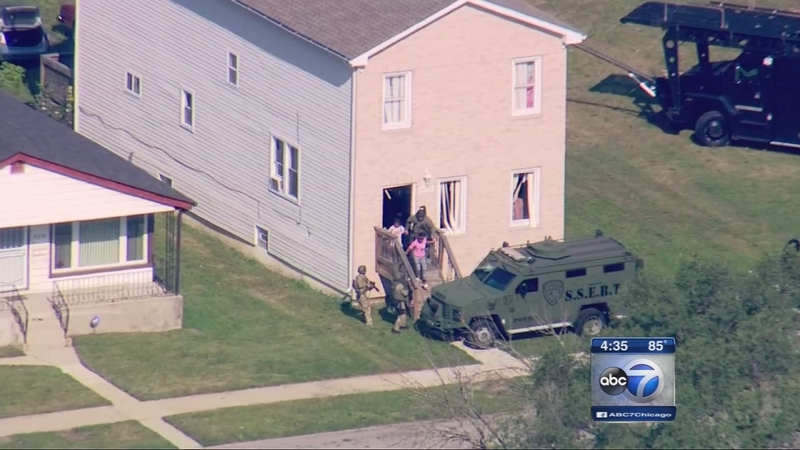 HARVEY, Ill. (WLS) -- The families of six children and two women who were taken hostage waited 21 hours to hear if their loved ones were safe.

Two men barricaded themselves inside a Harvey, Ill., house on Tuesday at 1 p.m. The standoff ended Wednesday around 9:30 a.m.

"We thank everyone for prayers and concerns and texts and everything. We know it's by the power of God that my family got out of there," the Rev. Ronnie Johnson, cousin, said.

The hostages were unharmed, but taken to the hospital to be checked out. Thomas West's 43-year-old aunt was one of the two women held hostage. She is a nurse who was at the home to help care for one of the children.

His aunt was the one who escorted four boys out of the home after their captors agreed to let them go.

"She just said it was an ugly scene inside. She said all she did was fall in line, did what she was told and that's the way she was able to get out alive," West said. "They allowed her to nurse to the kids, feed them, get them what they need."

Rev. Johnson said he holds no ill will toward the offenders.

"I thank God that nothing happened to the suspects either. We have to pray for those people as well we don't know what their mindset was," Johnson said.