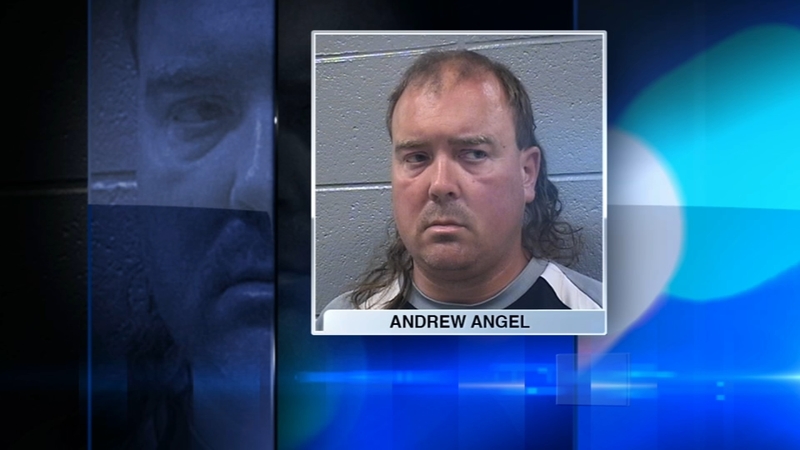 COUNTRYSIDE, Ill. (WLS) -- A DeKalb man has been charged with a hate crime in connection with an incident at a Starbucks in suburban Countryside.

Andrew Angel, 43, is accused of putting a flyer with a swastika and anti-government propaganda on someone's car while the person was sitting inside it.

Police say the person approached Angel inside the Starbucks and asked him about the flyer.

According to police, Angel caused a disturbance in the Starbucks, then exited and waited for the person outside where he continued to yell racial slurs and profanity at the person.

The incident happened on May 18. Angel was taken into custody last week after an investigation was completed.