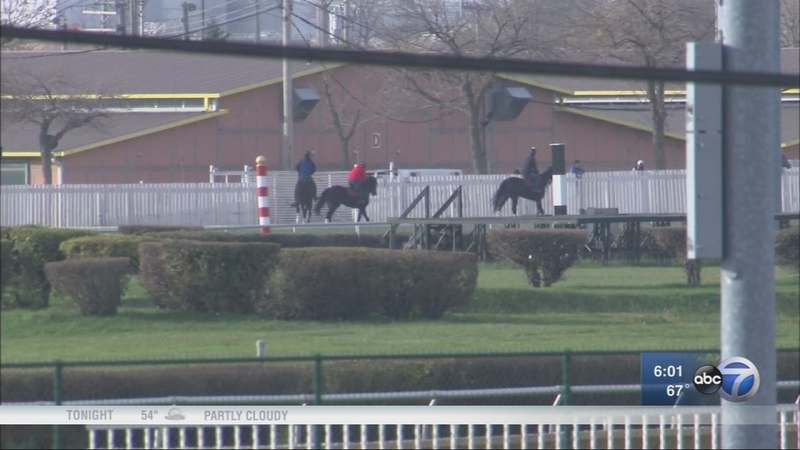 STICKNEY, Ill. (WLS) -- Three persons of interest were taken into custody Thursday in connection with a man's stabbing death at Hawthorne Race Course, police said. The victim was identified by the medical examiner as 30-year-old Rodrigo Flores Garcia.

Investigators were called to the scene around 9:30 p.m. Wednesday. Hawthorne officials said two men, who work for trainers stabled on the backstretch of Hawthorne, got into a fight Wednesday evening. Security was notified of the fight around 6 p.m. One of the men was taken away in an ambulance, unconscious.

"The victim had two to three puncture wounds on the left side, which he succumbed to at the hospital, where he was pronounced," said Stickney Police Chief John Sladetz.

A source said the injured man died at the hospital. His identity has not been released.

No weapon was recovered. Investigators have not yet released a motive. But the police chief said the incident was not random.

"This has been a family-run organization for many years, and everyone treats it as a family. So people pull this together. Are they upset? Of course. Are they concerned? Of course. But what you do is pull together," Miller said.

Ricardo Martinez, who has exercised horses for 30 years, said the area by the barns is peaceful. But he does not stay at Hawthorne overnight. The two men involved in the fight were house on the back stretch of the race course.

"It's quiet. But I've never lived here. I always lived outside," Martinez said.

The deadly stabbing was not the first violent crime at Hawthorne this year. On Aug. 8, two women were wounded when gunfire broke out in the parking lot during a Belize-themed festival. Miller said Wednesday night's fight had nothing to do with that shooting and the close-timing of these two crimes was coincidental

"You always want to provide the best security that you can for the events. We do feel we do a good job. It's just one of those things that's been very unfortunate," Miller said.