'He was wiping off his knife': Stabbing victim recalls horrific attack that killed sister

KGO
By by Melanie Woodrow
OAKLAND, Calif. -- Letifah Wilson spoke to ABC7 News outside a family member's home Monday about a brutal attack in which BART police say John Cowell stabbed both her and her sister at the MacArthur BART Station Sunday night.

Her 18-year-old sister Nia Wilson passed away at the scene.

"I'm her protector and I feel like I didn't protect her," said Wilson.

"She's just yelling my name, 'Tifah, Tifah, Tifah,' and I said, 'I got you baby, I got you,'" said Wilson as she described the unprovoked stabbing.

Wilson said she responded by telling her sister she loved her.

"We're gonna get through this, I got you, you're my baby sister," said Wilson.

Letifah Wilson spoke to ABC7 News about a brutal attack in which BART police say John Cowell stabbed both her and her sister at the MacArthur BART Station.

Wilson says she was with two of her sisters, including Nia, heading home from a family function. She says they never saw Cowell or exchanged words with him prior to the stabbing.
"All of a sudden we transfer just to get blindsided by a maniac, for what I don't know," said Wilson.

"I looked back and he was wiping off his knife and stood at the stairs and just looked. From then on I was caring for my sister," continued Wilson.

Wilson says a woman with a stroller that she and her sister had allowed to pass earlier gave her a baby blanket to apply pressure to her sister's neck.

Wilson says she was also hurting because Cowell had stabbed her after stabbing Nia.

She says when other BART passengers attempted to stop Cowell, he ran from the scene.


Describing her sister, Wilson said, "That's my heart, she was my heart, no matter our ups and downs we still come back to each other like it was nothing."

She says the family hadn't seen Nia in six months because she was with her mom's side of the family. Wilson also says they rarely took BART.
"As young black women, we shouldn't have to look behind our back you know, we should be living freely like everybody else," said Wilson.

The godfather of Nia Wilson has asked the African-American community to 'stand down' while police investigate fatal stabbing at MacArthur Station in Oakland.

"He just felt upon himself to take his anger or whatever the case may be out on innocent women," Wilson continued.

Nia's nickname according to her family was PG, short for pretty girl. They say she loved to spend lots of time getting ready and doing her makeup.

Wilson says her baby sister wanted to be a lawyer or do something in criminal justice. Also that she wanted to have a dance studio and her own makeup line.

As for her own injuries, Wilson has stitches in her neck.

"Missed the artery, thank God, missed the veins, it's pretty deep and he tried to swing twice hit me in my head, so I have a knot in my head," said Wilson.

"I want justice for my sister," said Wilson.

The suspect in the double stabbing at MacArthur BART that left one sister dead and another injured is now in police custody. Officers say they followed up on tips from the public and found him on an Antioch-bound train.

Cowell was arrested Monday night. Officers say they followed up on tips from the public and found him on an Antioch-bound train.

BART Police Chief Carlos Rojas held a media availability at Rockridge Station. He says the arrest was uneventful and that the suspect was taken into custody without incident.
RELATED: This is the moment the BART stabbing suspect was arrested
EMBED More News Videos

John Cowell is accused of killing 18-year-old Nia Wilson and injuring her sister Letifah Wilson at MacArthur BART. He was arrested Monday afternoon at a different BART station in Pleasant Hill.

A BART rider on an Antioch-bound train captured the arrest of 27-year-old John Cowell on her cellphone camera. Officers had intercepted the train at the Pleasant Hill BART station after getting tips from the public. The man, wanted for Sunday night's double stabbing, had been at large for nearly 21 hours.

The arrest comes as a huge relief for the Bay Area, where the random attack has triggered outrage and protest.

Here's everything we know about the attack that claimed the life of 18-year-old Nia Wilson.

"I don't know what it was but he was just always kind of a problem," said neighbor Carol Kincaid.
She has known Cowell since he was a child. She says he's lived in and out of this Concord home and over the years has been in trouble with the law. In fact, according to our media partners at the East Bay Times, Cowell has an extensive criminal record.

Kaiser Medical in Richmond filed a restraining order against him after he was accused of threatening to kill an employee in 2016.

Then he was sentenced to prison for robbery and after serving two years, was out on parole four months ago.

As to what led to Sunday night's stabbing, police still don't have a motive.

"We haven't connected him to any type of radical group or white supremacist group or anything like that," Rojas added.

Oakland Mayor Libby Schaaf released a statement on the suspect's arrest: "The senseless murder of Nia Wilson and the stabbing of her sister Latifah has traumatized our community, and most especially their family and friends. I want to again express my condolences to them, first and foremost. I am relieved to learn that the suspect was apprehended after an anonymous tip from a BART rider led to the arrest of the suspect. May this serve as the first step in bringing justice for the Wilson family, and healing to our community. As the Mayor of Oakland, it's important I acknowledge that this horrific crime has a context. Although investigators currently have no evidence to conclude that this tragedy was racially motivated or that the suspect was affiliated with any hate groups, the fact that his victims were both young African American women stirs deep pain and palpable fear in all of us who acknowledge the reality that our country still suffers from a tragic and deeply racist history. I recognize that Sunday's tragic events came on the heels of news that white supremacists were attempting to gather at a downtown bar this evening. I appreciate the commitment of these establishments to prohibit such activity in their businesses and then decided to hold a "Pro Oakland Movement" event this evening to support organizations that fight bigotry and discrimination on behalf of our community and our values. Oakland has no room for hate or white supremacy."

Murder suspect identified in MacArthur stabbing. John Cowell is considered dangerous. Please call 911 if spotted. RIP Nia Wilson. We will bring this suspect to justice. Our thoughts are with the family and friends. Details: https://t.co/DEkTJvJnNe pic.twitter.com/igZU2bdel7

Here are the 5 siblings. They tell me they hadn't seen Nia Wilson in 6 months. The family had just come back together for a family gathering. pic.twitter.com/NBJii1ramv 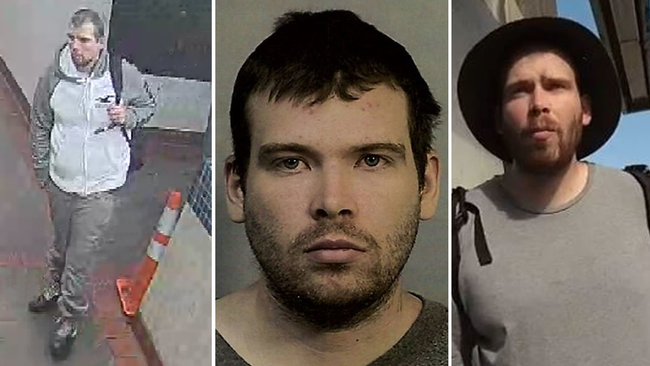