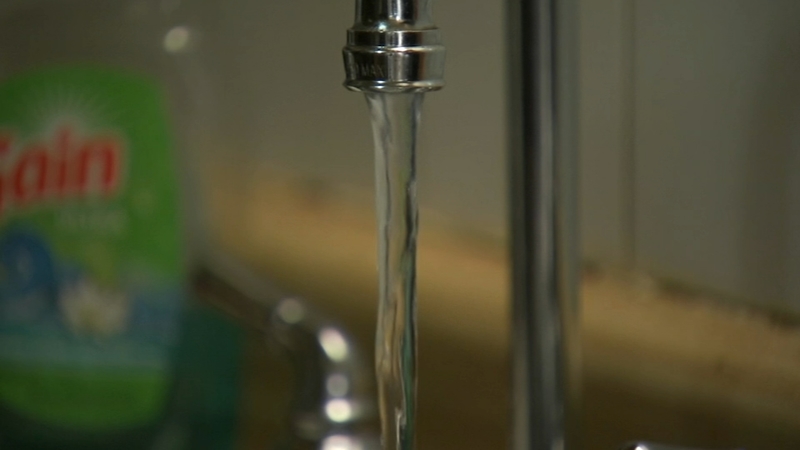 UNIVERSITY PARK, Ill. (WLS) -- More than 1,000 Aqua Illinois customers remain under a "do not consume" order Friday night in south suburban University Park as the utility company's president admits ABC7 Eyewitness News that he knew about a potential problem almost a year ago.

The "do not consume" order was issued last Saturday after elevated levels of lead were detected in the water for Aqua Illinois customers in University Park, Green Garden and Monee Township.

"They should be able to turn it on, drink it, with a high level of confidence. And that's a confidence we are going to have to rebuild with this community," he said. "We want them to have the highest quality of water, the water that we promised them. They expect and deserve better than this."

Blanchette said the higher levels were found after switching from well water to water from the Kankakee River and to a different chemical treatment to remove rust in pipes.

"In this case, it did more than remove the rust. In fact it removed the protective coating, at least to our best available information today," he said.

Blanchette said the company tried to fix the issue in 2018 by changing the dose of chemical treatment.

Asked if there was any testing between August of 2018 and when the company recently found elevated lead levels, Blanchette responded, "There wasn't any lead testing that took place."

Blanchette said Aqua Illinois -- in compliance with regulations -- did not have to retest the water for lead sooner than this May, nine months after higher levels of lead were first found.

But he said a new water treatment phosphate will fix the lead problem by coating home pipes again.

"We'll be back to where we had no lead detections in the water at all," he said.

It's still frightening for Paula Ellis, who picked up a water testing kit Friday with her 3-year-old grandson Royce.

"I need to take him in and get him tested for lead because we don't know how long this has been going on," Ellis said.

Blanchette said it could potentially take weeks to restore safe water to the University Park community, but having taps running will help the new treatment get into the pipes.

Blanchette will be at an informational meeting Saturday at 10 a.m. at 90 Towncenter Drive.