Man goes blind in 1 eye after sleeping in contact lenses 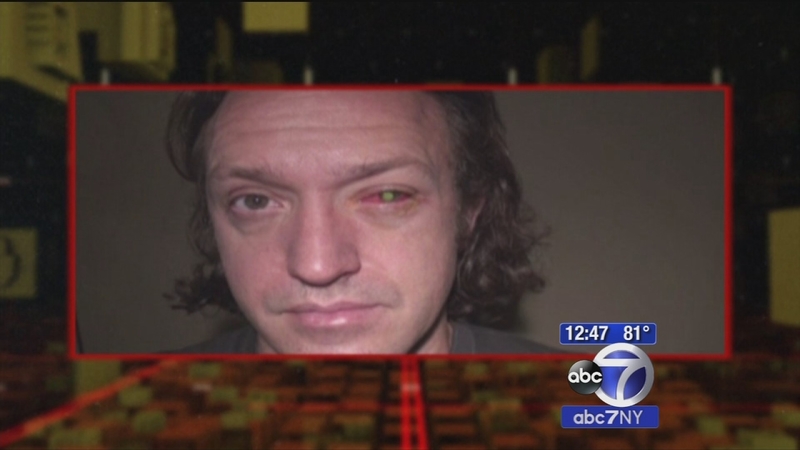 Man goes blind in 1 eye after sleeping in contacts

A man went blind in one eye after sleeping with his contact lenses in, and even though some contacts are now made to be worn while you sleep, there are some important things to know before you do.

Chad Groeschen, 39, has been wearing lenses since he was 18, and last year, he switched to extended day and night lenses. But he says he had no idea he was damaging his eyes while he slept. It became clear on day last month.

"My vision was actually clouded over," he said. "I could not see out of it."

His doctors told him he had contracted a dangerous bacterial infection in his left eye that was damaging his cornea, caused by his sleeping in his lenses.

"For about three weeks, it was almost like an 8-inch nail being driven into my face, my eye," he said. "Literally there was no escaping. Looking at a light hurt."

According to the CDC, nearly 41 million Americans wear contact lenses. And in a recent study, it found that more than 50 percent surveyed reported sleeping with their lenses in.

Groeschen now has 20 percent vision in his left eye, though he is able to see light and color. While he might still need a cornea transplant, his doctor says his condition could have been much worse.

"If it's left untreated, it can actually cause a person to completely lose the eye," Dr. Faulkner said.

To avoid infection, doctors say you should avoid wearing contact lenses in the shower or pool, and change your lens case every one to three months. Also, use fresh solution, and most importantly, take your contacts out before you go to sleep.

"The risk is over 10 times greater for patients who sleep with their lenses," Dr. Faulkner said.

Groeschen is just grateful he caught it in time.

"I had no idea something like this could happen so fast," he said. "I feel very fortunate that I was able to get in here as soon as I did, because I do believe they saved my eye."

In a statement to ABC News, the contact lens manufacturers association says, "Overall, contact lenses are quite healthy. The risk of having an eye infection resulting in some loss of vision is only 4 per 10,000 wearers per year."