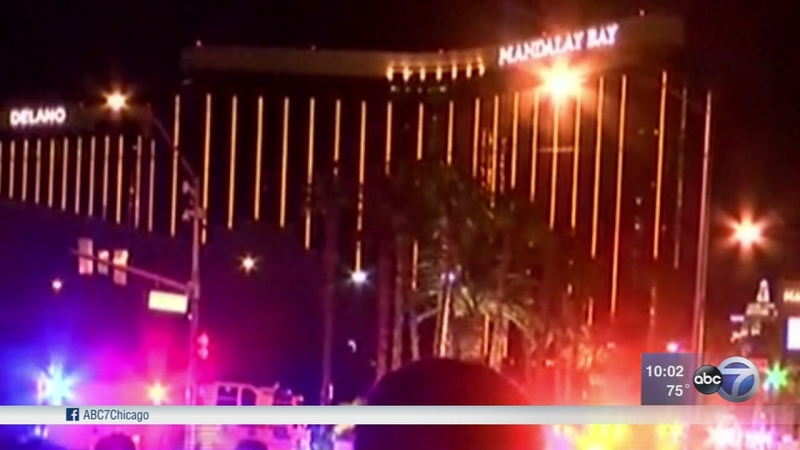 LAS VEGAS (WLS) -- Panic and chaos took hold the moment concertgoers realized the pops they heard were not fireworks. Now they're dealing with the jarring reality that there are no answers yet as to why 64-year-old Stephen Paddock planned and carried out an attack on thousands of happy and peaceful country music fans.

More than 20,000 people in the park across from Mandalay Bay were enjoying the end of a three-day country concert series. From 32 floors up retiree Stephen Paddock was unloading hundreds of rounds of ammo from an automatic rifle. It was among 20 guns found by police when they stormed the two rooms he had rented.

"People just started dropping around us," said Corinne Loman. "A lot of dead bodies, a lot of people were just piling on top of whoever, even if they are bleeding or not."

The terror lasted more than an hour and 15 minutes before SWAT officers found Paddock dead in his hotel room, apparently of suicide. But why he did it in the first place is still a terrifying question that hasn't been answered, even by his own brother.