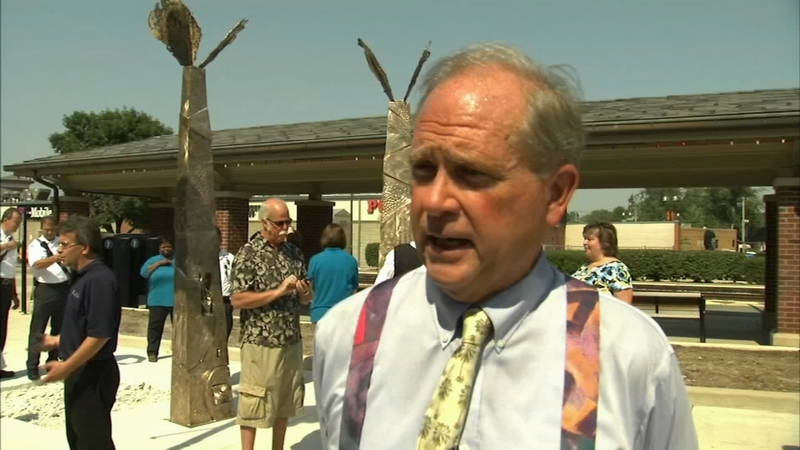 CHICAGO RIDGE, Ill. (WLS) -- Charges are pending against the village manager of Oak Lawn after he allegedly left the scene of a hit-and-run crash Thursday night in southwest suburban Chicago Ridge.

Larry Deetjen allegedly struck and critically injured a pedestrian around 8:30 p.m. Thursday in the 10100 block of South Harlem Avenue, according to the Chicago Ridge Police Department.

The pedestrian, identified as 48-year-old Mark Berkshire, of Worth, was taken to Christ Medical Center in Oak Lawn in critical condition, police said.

Chicago Ridge Police Chief Robert Pyznarski said charges were pending against 70-year-old Deetjen, who was arrested later that night at an Oak Lawn home. Witnesses at the scene told police the man was struck by a Ford Crown Victoria that had a municipal license plate; authorities found the vehicle matching that description at the home where Deetjen was arrested. The car had heavy front end damage to the passenger side, police said.

"I heard a horn blow and a big bang and I turned around, I saw the guy flying across the street," she said. "There was another car right behind it that was trying to get the driver to stop. He chased him going north on Harlem. I mean, I am calling 911, trying to get help for the guy."

In a statement Friday, the Oak Lawn Police Department acknowledged the Oak Lawn Village Manager had been driving a municipal vehicle involved in the crash.

Police said Deetjen is fully cooperating with the investigation after being identified as the driver in the crash. He was released from police custody Friday night with charges still pending.

"The driver submitted to a breathalyzer test and it came up zero," said Chicago Ridge police Chief Robert Pyznarski. "No indication of alcohol. He also submitted to a urine test."

Deetjen told investigators that he left the crash without knowing he struck anyone. He said he was just leaving a funeral and thought he had just struck some debris.

It's not the first time the village manager has had issues with driving while on the job.

In 2013, Deetjen crashed his village vehicle into a ditch. He didn't report the accident for two hours.

Deetjen wasn't charged in the incident.