Lincolnshire Holocaust survivor lives on after death in hologram exhibit 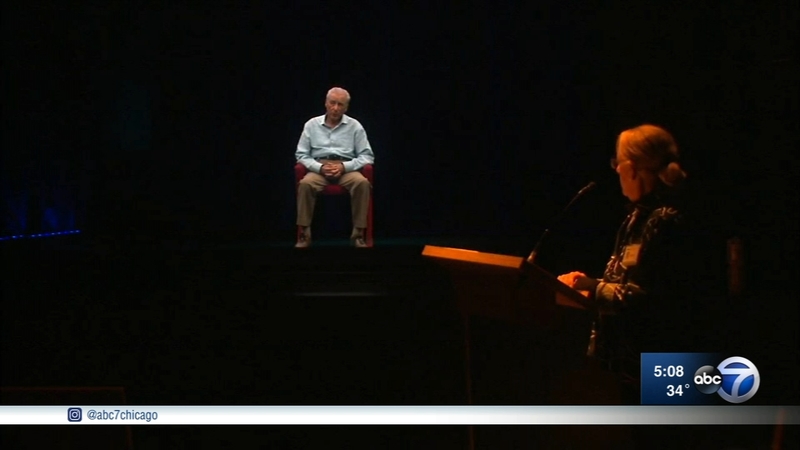 Lincolnshire Holocaust survivor lives on after death in hologram exhibit

SKOKIE, Ill. (WLS) -- Aaron Elster made it his life's mission to share his experiences as a Holocaust survivor. Now, after his death, his stories will live on in an exhibit at the Illinois Holocaust Museum in Skokie.

"He really dedicated his life to making sure those kinds of awful situations did not happen to others," said Museum CEO Susan Abrams.

Abrams attended a memorial service Monday for Elster, who died last week at the age of 86.

Abrams said he leaves quite a legacy as one of the founders of the museum.

The Lincolnshire resident was also one of 15 Holocaust survivors selected worldwide to carry forward survivor stories through conversational holograms.

"When the hologram first comes up, people gasp because they're so amazed that he is effectively sitting there in front of them," said Abrams.

Elster spent hours in a studio, answering thousands of questions about his life. Through cutting edge technology, his answers are presented in an interactive format, when prompted by the audience.

He talks about how, as a child, he fled his village in Poland which was invaded by the Nazis, and survived by being hidden in an attic for two years.

"He's so wise and speaks so profoundly but in such a heartfelt and personal unassuming way that everyone relates whether a youngster or adult," said Abrams.