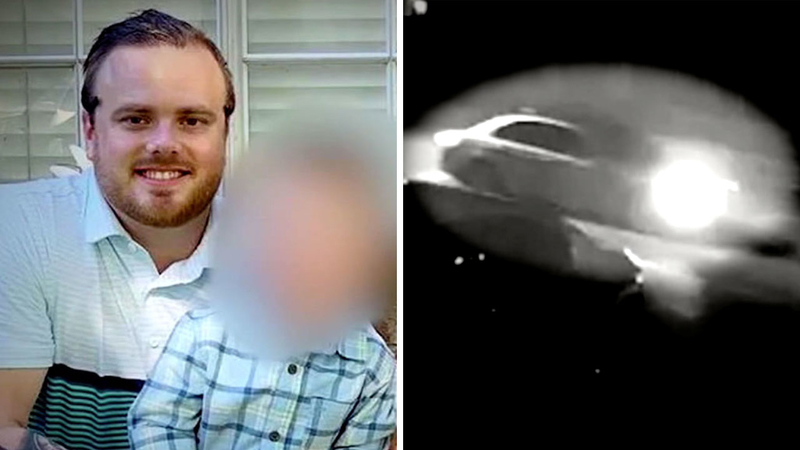 CINCO RANCH, Texas -- Investigators are showing the public surveillance video of a car they think contained two men who broke into a suburban Houston family's home and shot and killed a 29-year-old father.

The Fort Bend County Sheriff's Office says 29-year-old Brenton Estorffe was killed early Wednesday morning at his home in Cinco Ranch, a community 26 miles west of Houston. The car is described as a light-colored four-door sedan with a sunroof.

Sheriff Troy Nehls said intruders broke a window in the back of the Estorffe family home, shot and killed the Australian native when he confronted them, then they fled. His wife and two young children weren't injured.