Customers say Facebook contractor left them in the dust 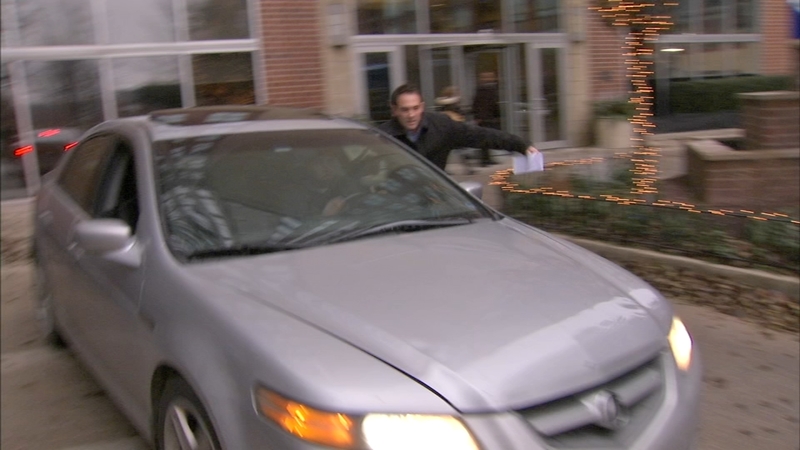 Customers say Facebook contractor left them in the dust

The ABC7 I-Team investigated a home repairman who was being hired for work through Facebook, but customers say he didn't finish jobs after they paid.

When confronted by the I-Team, the contractor said he would issue refunds or complete the work. He blamed a business partner for the delays.

But some customers say they still want answers, after several months of getting the remodeling runaround. They say they were left in the dust.

All of the consumers we talked to said they were hoping for a better deal. Three of them said they found south suburban contractor, Mahmoud Nasir, on community pages on Facebook, then paid cash.

Customer Dave King explained, "I guess some things when they sound too good to be true, maybe they are."

Consumer Investigator Jason Knowles asked King,"how does it make you feel that he has your money?"

"Angry, definitely angry. There's a lot more things I can put that money towards," King said.

"I didn't get anything, nothing was done," Setiawan.

Setiawan said he had to hire another someone else to remodel his Merrionette Park rental property because he says Nasir never showed up. The contract with Nasir and 3 Brothers Rehabbing was signed and the deposit was paid in June.

Setiawan stated that after he paid the $4,000, a couple days went by with no communication and Nasir was never back to the property.

In Peotone, consumer Adam Amaskane filed a police report accusing Nasir of keeping $4,000 - a deposit paid in June for a $12,000 job that included work in a garage, a fence installation and a remodeled basement.

"There was supposed to be here a play area for the kids where they can have their game console and TV. Supposed to have an office over here," Amaskane claimed.

"I asked him because I was a little suspicious so I asked him for his ID," he explained.

Months later, Amaskane sent the I-Team photos of Nasir starting that basement job after he said Nasir learned of our investigation, but said Nasir never returned.

"The only work he really accomplished was digging some of the holes where the fence posts were going to go," King said.

Two other angry consumers said they too are faced with major delays and sent documentation saying they too paid for what they call unfinished work.

The I-Team called and texted Nasir. When he didn't get back to Jason, the consumer investigative producer called and asked to meet him about researching contracting work.

He wouldn't get out of the car - and when Jason approached with the camera, Nasir quickly sped away.

On the call Nasir is heard telling Jason, "I'm not a bad guy, Jason. Honest to God."

Jason also told him that the I-Team was recording.

Jason asked Nasir, "But you know we've had five people say that you either don't finish the work or you don't even start the work."

He responded saying, "No, like Adam, his work is getting done. There were a couple people that that, I'll explain everything in person when I see you."

Nasir canceled once and then didn't show up for another scheduled in-person interview. But on that phone conversation, he offered his side of the story and made a pledge.

"It was something that happened between me and my business partner," Nasir explained. "I got the short end of the stick, you know what I mean? And I just want to either be able to reimburse everybody. I mean, I'm not saying I'm going to reimburse them all at once and it'll take a little bit of time, but I will reimburse them if I have to or I will finish the job if I have to."

Jason asked Nasir, "So you'll either finish the work or you'll refund the people?"

"Absolutely. We can work on an agreement where I can take care of them you know," Nasir said.

Experts say you may be able to save money by finding a contractor on a Facebook community page, but make sure you do your research.