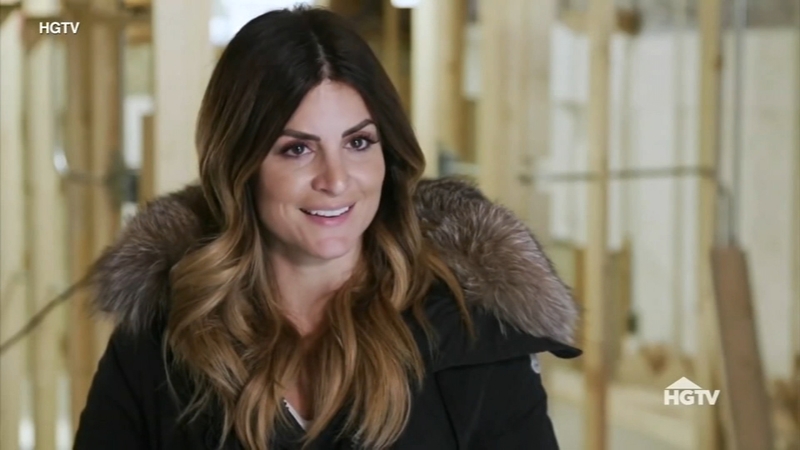 HGTV's 'Windy City Rehab' responds to criticism from some residents

CHICAGO (WLS) -- "Windy City Rehab" is a popular show on HGTV that's renovating eyesore properties across Chicago. But some neighbors are complaining that the production is loud and workers are leaving a mess.

In Chicago's Bucktown neighborhood, artificial grass lines the front yard of 1929 N. Leavitt - part of an effort to make the house TV ready in time for its big reveal. The home is one of 11 on Chicago's North Side that appears on "Windy City Rehab."

The show is currently one of the most popular on the home improvement's channel's lineup. Its construction sites, however, are a different story.

"You can't start until 8 a.m.," said Jacquie Vidmar, who lives directly across the street from 1929 N. Leavitt.

Vidmar's husband works from home, and during construction frequently complained about the early morning noise.

"They start sooner and then they all pretend they don't know. They were doing brickwork with the saws and doing all kinds of things before 8 a.m. and the dust was going everywhere. They were clearly on a very aggressive timetable," Vidmar said.

Others complain about the unfinished nature of the house, which was featured in the show's March 5 episode.

"The show posted that it sold for $1.375 million," resident Joan Cini said. "There's nobody in it. There's a port-o-potty in the back. The garage is not completed. The backyard is all debris. There's debris out here and the Dumpster is still sitting here. Come in and fix, but finish."

"Windy City Rehab" is hosted by designer Alison Victoria and co-stars Donovan Eckhardt, who is the builder in charge of the construction sites. Speaking to ABC7 via phone on Tuesday, Eckhardt expressed his dismay at recent criticism.

"We're trying our absolute best to be the best neighbors we can. I understand it's frustrating to live next to construction. But at the end of the day I think we're doing really good work. I'm a neighbor. I live in Bucktown, and I'm proud to drive by every single home we've done," Eckhardt said.

Greg Cunningham, a spokesperson for the City of Chicago's Department of Buildings, said they're aware of the issue.

"In response to 311 complaints from neighbors, Department of Buildings inspectors have noted that the work sites for some properties were not properly maintained," Cunningham said.

A meeting is scheduled with Eckhardt and others involved in the construction later this week.

HGTV released a statement saying: "We respect the concerns of neighbors who are impacted by common renovation-related issues that come up during home transformations. Issues linked to Windy City Rehab are carefully reviewed so that we can bring them to resolution with input from local officials and continue to follow Alison on her journey to buy, renovate and sell homes in Chicago. "