An ABC7 I-Team Investigation
WLS
By Jason Knowles
HOBART, Ind. (WLS) -- A young mother thought her belongings were safe in storage, but she ended up losing nearly everything to mold. To make matters worse, the insurance policy she bought from the storage company didn't cover most of the damage.

People buy insurance for extra security for our valuables, but buying additional insurance isn't always a guarantee your investment will be protected. One woman came to the I-Team after learning that tough lesson.

Kenita Garner's clothing and furniture, everything she put into storage, were covered in mold.

"I was sad and upset because it's everything that you worked for, it's everything you work for like what do you do?" Garner says. "Move into a new home with nothing, you have nowhere to sit, your daughter doesn't have anywhere to sleep. You know, it was devastating."

Garner says she made the discovery in November, about five months after placing her items into a Public Storage facility in Hobart, Ind. She was ready to move into her new apartment, but now she has to live without it all. "No dressers, no anything," she says.

Garner says she had to throw out most of the mold covered items and slowly buy whatever she could afford.

"I was in tears," she recalls. "It's sad like to come in and I don't have anything."

Garner says she didn't have home owners or renters insurance in between moves, so she bought a $3,000 insurance policy through Public Storage. When she made a claim and turned in an itemized list totaling almost $15,000 in losses, Garner got an offer from the storage facility's insurance company to cover $250 with a $100 deductible.

The letter says the money is "for damage caused by fungus," and her policy did say fungus damage was only covered for up to $250.

"My reaction to that is that it's an insult so say they're going to pay you $150," says Bob Scott, a California attorney who specializes in insurance claims. "I fight the mold issue every day. Here's the key to that solves the riddle: if mold was there on its own." 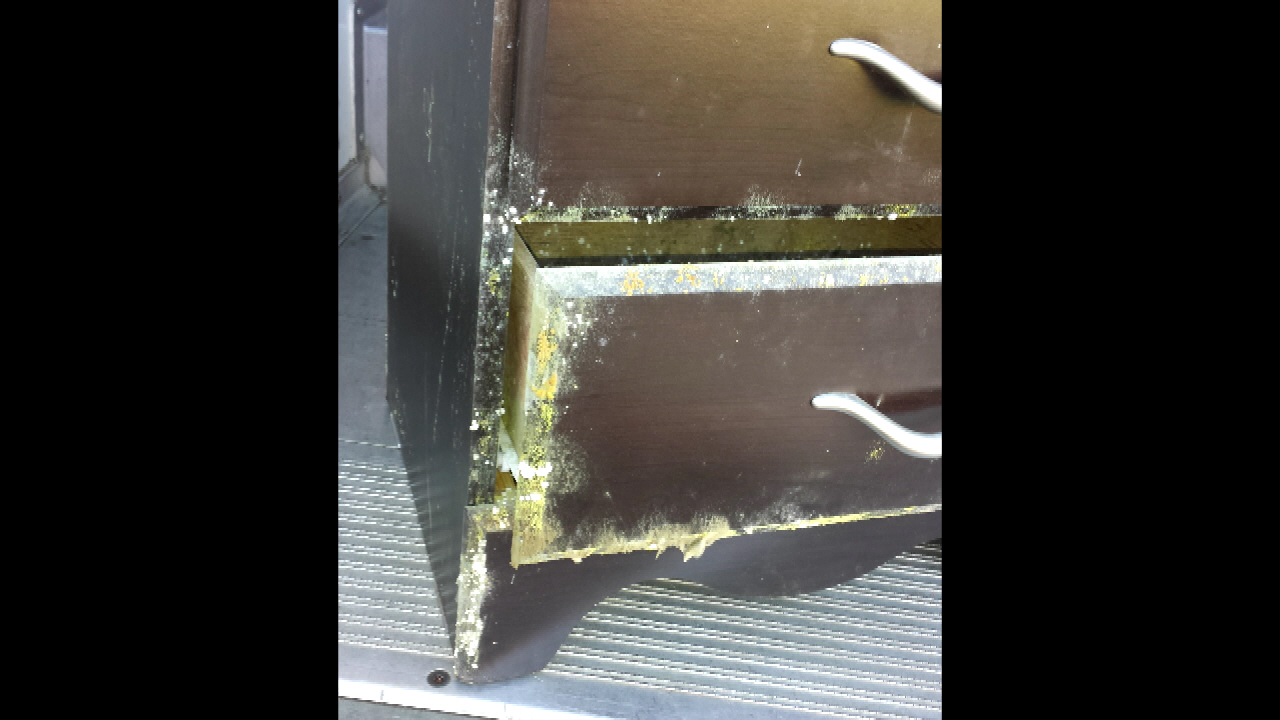 PHOTOS: Moldy storage unit
A family lost almost everything they had in storage to mold and their insurance didn't cover most of the damage.

Scott says Garner may have a case if she can prove the mold came from a water leak or defect in the storage unit, which is also noted in the letter from the insurance provider.

Scott tells the I-Team consumers should first check their homeowners and renters insurance before purchasing a policy from a storage unit. If you're in between policies like Garner, credit cards may even cover damage.

Scott also advises customers to be prepared for the worst.
"We all have smartphones these days, so whatever you're going to put in your storage unit, video it before you put it in," he advises. "Nice, clear video, 360 it all the way around whatever the items are so if a problem comes you can establish value because you already have a recorded video record of it."

Managers at the Hobart Public Storage facility told the I-Team to call corporate spokespeople. Those calls and emails were not returned.

A spokesperson from Sedgewick, the third party company which administers the claims, told the I-Team she couldn't comment on Garner's case. Then the company sent her this e mail again saying she had "$250 mold coverage" under her "certificate of insurance" and that she could proceed with that claim. Garner says that's not enough to replace the moldy mess.

Garner says she refused that offer for $250 in coverage.