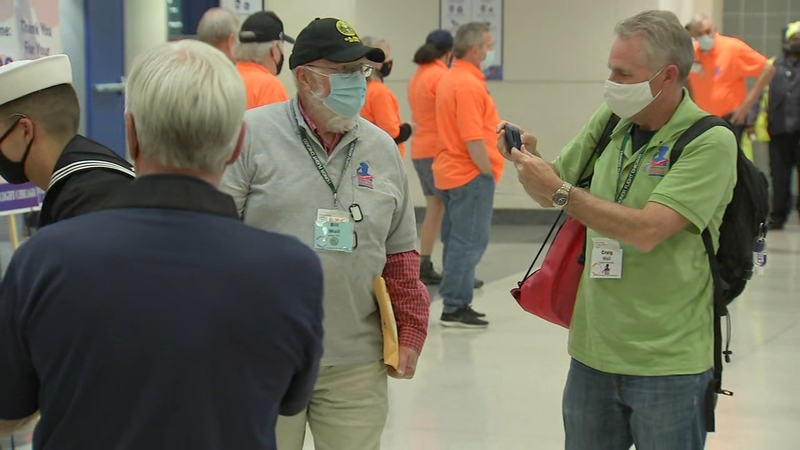 CHICAGO (WLS) -- A group of local veterans, including the father of ABC7 Eyewitness News political reporter Craig Wall, were taken on an honor flight to Washington D.C. Wednesday.

The group of 118 veterans from World War II, the Korean War and the Vietnam War took part in the honor flight. It's one of only four honor flights this year.