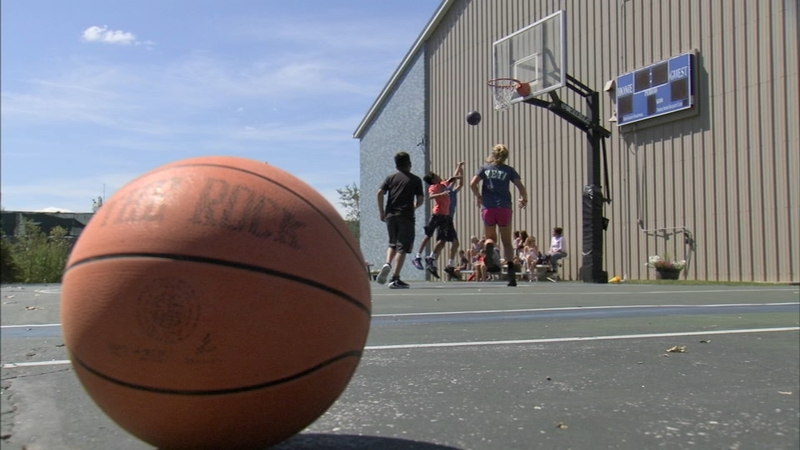 NORTHBROOK, Ill. (WLS) -- A basketball tournament in a northern suburb raised thousands of dollars Saturday to help knock out cancer.

The idea for "Hoops for Hope" was formed over a family dinner conversation, and the event has more than doubled in size four years later.

"My sister and I kind of went to my parents one day four years ago and we were like we want to do something to give back," said Jeremy Gertz, creator of Hoops for Hope.

The nonprofit's competition in Northbrook is designed to raise money for pediatric cancer.

"Our first year, four years ago, we had about 50 kids participate and today, we had about 100 kids sign up," said Scott Evans, an organizer with partner Northwestern Mutual.

The event is open to children ages 5 to 15, as well as their families.

Hoops for Hope, coupled with Northwestern Mutual Deerfield, was created to raise money for the Alex's Lemonade Stand Foundation.

"Just being able to help a really, really good cause and make sure that people can live out their dream, just like our children are able to," said Greg Gertz, a parent.

Northwestern Mutual Deerfield funded the event Saturday, allowing all proceeds to help the cause.

"We're just trying to do the best we can and have fun with it and raise as much money as we can," Evans said.

This year, Hoops for Hope raised $4,000 thanks to all who donated and participated in the event. Over the past four years, the event has raised a total of $15,000.