Passengers injured in the crash are from Barrington, Arlington Heights
By CNN 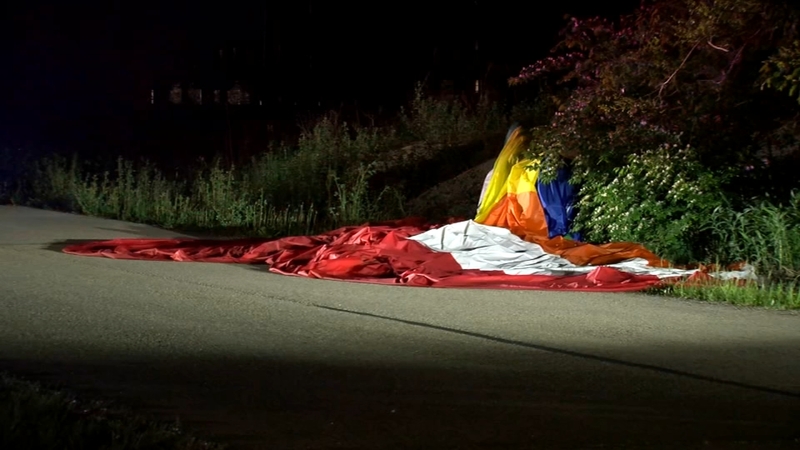 BURLINGTON, Wis. -- A hot air balloon pilot and two passengers from the Chicago area were seriously hurt when the balloon crashed into a moving train in Burlington, Wisconsin Wednesday.

According to police, witnesses said the balloon was in distress before the crash about 8:15 p.m. in Burlington, about 40 miles southwest of Milwaukee.

Police said the 62-year-old pilot reported that the gondola touched down and the balloon became entangled with a northbound Canadian National train as he tried to land in the 400-block of Calumet Street.

A witness said the balloon hit a building, bounced off of it and then was hit by a train, WTMJ reported. He said several people on the ground rushed over to help them.

The three people inside were hospitalized, and two had to be airlifted from the scene, officials said. All three were released from the hospital Thursday and are recovering.

Police said the two passengers involved were from Barrington and Arlington Heights. The pilot is from Bristol, Wis., and was affiliated with the Lake Geneva Balloon Company, owner of the hot air balloon.

The National Transportation Safety Board (NTSB) has been identified as the lead investigating agency moving forward, with cooperation from the Burlington Police Department and Federal Aviation Administration (FAA).