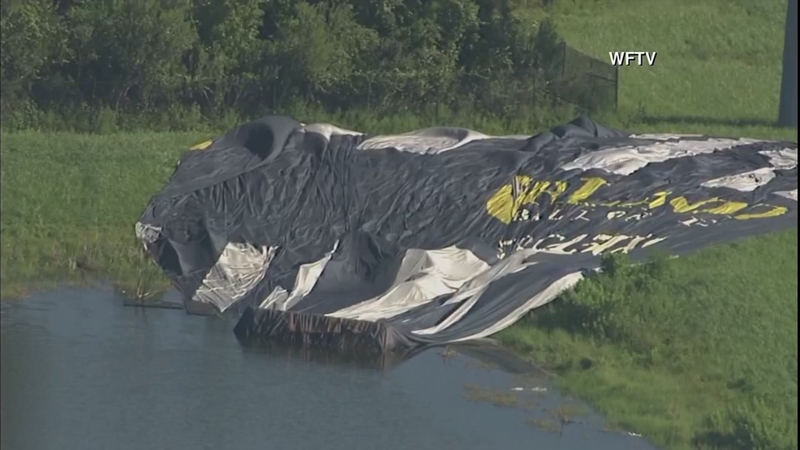 According to WFTV in Florida, witnesses reported the balloon landing before 8 a.m. Monday along State Road 429.

"(The pilot) attempted to land in a field off of the Turnpike but ended up in a retention pond," Sgt. Kim Montes told WFTV.

"The basket did not sink. The pilot was attempting to land in the designated landing strip where they had launched from earlier that morning, adajcent to the pond, but reported problems with the wind. With power lines in the area and a highway near by, he attempted to land next to the water, but ended up in the corner of the pond," Montes said.