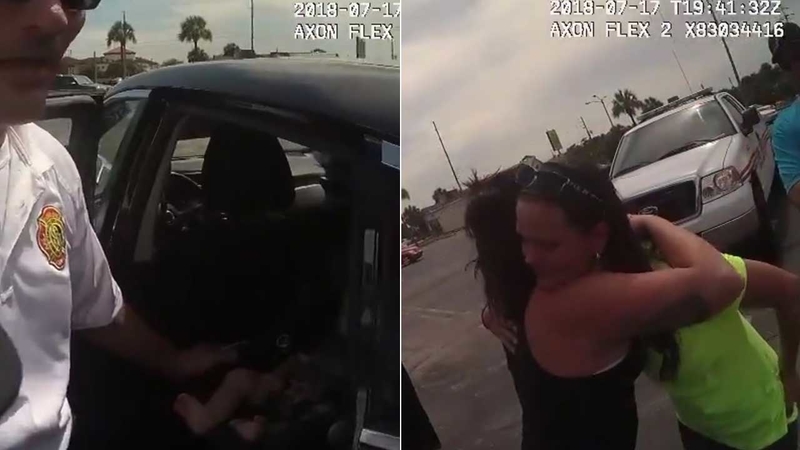 A woman in Florida is being hailed as an example of what to do when you spot a child alone in a hot car.

Jessica Kaiser first thought the figure in the back of the Nissan Rogue parked in Orange City was a baby doll, according to the Volusia County Sheriff's Office. When she realized it was not, she called 911.

Police came and rescued the child. The mother came out of a nearby store 24 minutes after the 911 call was placed.

In video released by police, Kaiser can be seen consoling the mother, who asks if the child is OK and is told yes.

The mother was arrested and charged with child neglect. She told investigators that she thought she'd dropped all her children off before she went to run errands.

"I'm a nurse, and I hear these stories, and I have four kids and I always think, 'How could that possibly ever happen?'" the mother said through tears in the video.

Sheriff Mike Chitwood with the Volusia County Sheriff's Office said that this story holds a lesson not only for bystanders but for parents.