Americans eat some 19 billion hot dogs every year - 7 billion of them during the summer months. The average U.S. resident eats around 70 dogs per year and 9 percent of them consumed at the ballpark.

Los Angeles is the city that eats the most hot dogs, but Chicago's O'Hare wins when it comes to most hot dogs consumed at the airport.

A true Chicago hot dog, "dragged through the garden," is topped with mustard, onions, relish, a pickle, tomato, sport peppers and a dash of celery salt. Absolutely no ketchup.

That's why so many are reacting to a new product just released by Heinz. It's called, "Chicago Dog Sauce."

Some Chicagoans take their hot dogs very seriously. That's why so many are reacting to a new product just released by Heinz.

Chicago hot dog purists gave Heinz some serious side-eye, since it looks strikingly similar to ketchup, but some people want to actually buy it. 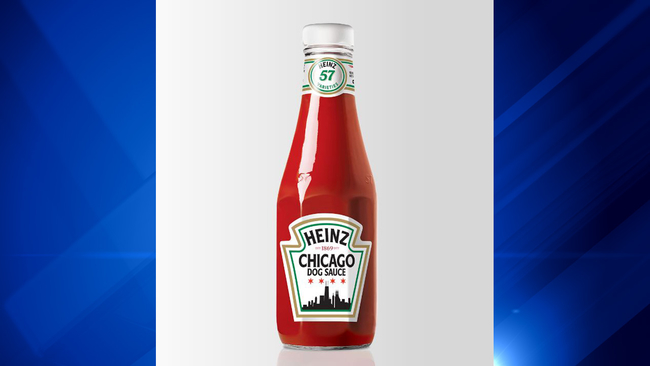