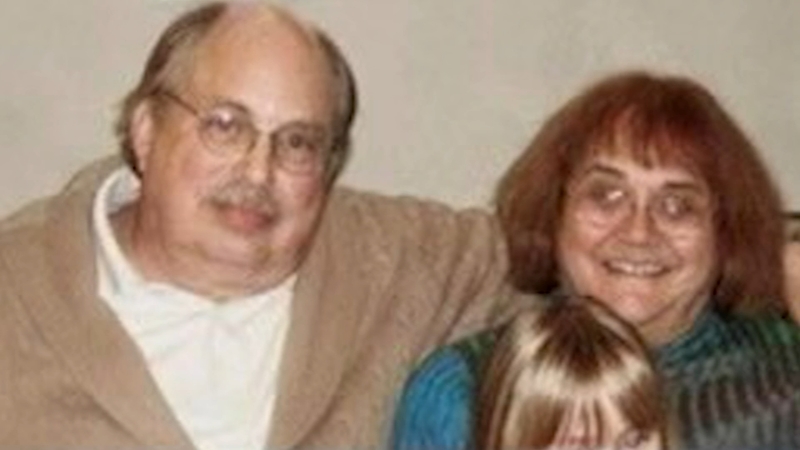 Firefighters arrived just 8 a.m. Thursday morning to find smoke and flames pouring out of the house in the 1900-block of North Spruce Terrace.

The pressure from inside blew the windows out. Their first objective was getting the fire under control and protecting neighboring homes.

"Once the main body of the fire was knocked down, crews moved inside of the structure. In the investigation, we found two victims located upstairs," said Arlington Heights Fire Chief Andrew Larson.

Lewis Smith, 75, and his 72-year-old wife Joanie had lived in the home for several decades. They were transported to Northwest Community Hospital and both died shortly after arriving.

Lewis had a son and daughter living out-of-state from a previous marriage. Both were retired and most everyone in the neighborhood knew them and respected them.

"They were special people in our family," said Jen Kaufmann, a cousin of the victims.

"They always came over, gave us gifts, you know, just like checked in on us," neighbor Kamil Wisniewski said. "When we were outside, we always talked every time we saw each other."

Relatives said Lewis and Joanie enjoyed collecting items that brought them happiness. Lew was a devoted husband to Joanie, who suffered health problems in recent years. They say he insisted on taking care of her without bringing in outside help.

"They were really good, good, good humans," Kaufmann said. "They enjoyed their family, and I think probably anyone who ever came in touch with them knew how good they were."

The Arlington Heights Fire Department said it will likely be days before they are able to release findings from their investigation. Based on preliminary evidence, they believe the fire originated in the kitchen.

This is the third fatal fire in the northwest suburbs in the last week.

A mother and her four young daughters died in a house fire in Des Plaines on January 27.