Houston's trademark 'Be Someone' graffiti sign vandalized, becomes 'Be Sus' 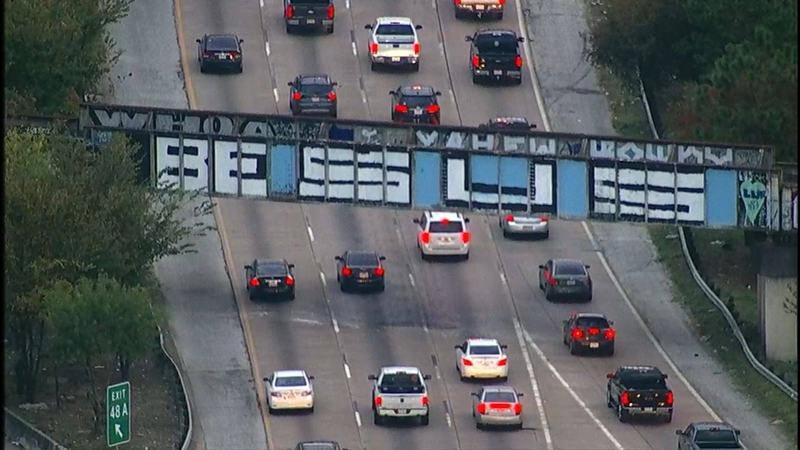 Iconic 'Be Someone' changed to 'Be Sus'

HOUSTON -- Houston's iconic "Be Someone" graffiti got an edit.

The words "Be Sus" was shown painted on the trestle that spans over I-45 into downtown Wednesday.

A search of the term "Sus" returned this definition from Urban Dictionary: "Suspicious, but more 'lit.' Used as a replacement for suspicious such as when a friend is being awfully quiet."

It's not known how the altered saying fits into the context of the "Be Someone" message.

The iconic graffiti has been vandalized or altered before, only for the saying to reappear.

In the past, the person behind the art spoke anonymously with ABC7 Chicago sister station, ABC13.

"I get it. It's vandalism, but it's in a different sense, too, if you just take those words and apply it to yourself, it might mean something to you," he told ABC13 in 2016.

SEE ALSO:
Houston's iconic 'Be Someone' vandalized on I-45
EMBED More News Videos

Houston's iconic 'Be Someone' graffiti was crudely blacked out -- again

Be Someone: How the iconic Houston sign has changed over the years
EMBED More News Videos