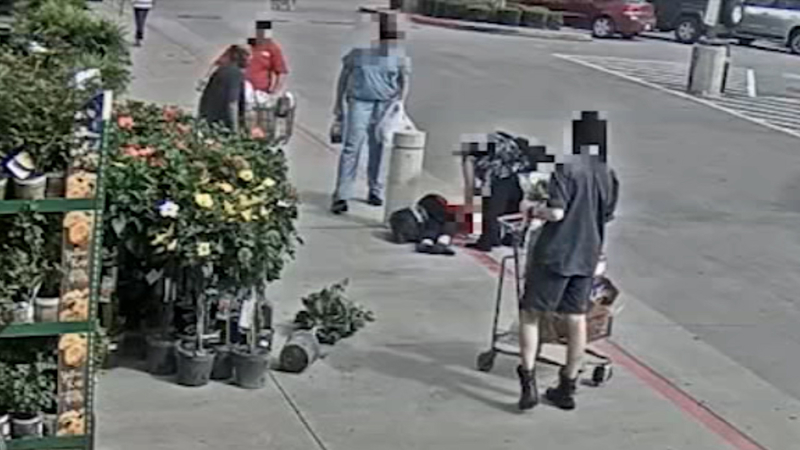 Elderly woman knocked out in front of Houston grocery store

HOUSTON -- Police are searching for a man seen on video punching an 88-year-old woman outside of a H-E-B grocery store in southwest Houston.

The assault was captured on surveillance video, showing Mary Rutkowsky getting knocked to the ground outside the store on March 8.

Rutkowsky was seen leaving the store with her daughter when a man standing near a flower display hit her on the head.

"I want to know why?" said Rutkowsky. "Why he would pick me of all people? I can't understand why anybody would hurt another person, especially an elderly person."

Rutkowsky's daughter, Annette Stewart, turned around to help as the suspect walked away pushing a wheelchair.

"She just kept saying, 'He hit me! He hit me!' and I said, 'Who?'" said Stewart. "The (grocery store) sacker, who was pushing our groceries out, pointed to the guy, and said he was the one who hit her."

In the video, a black bag was seen near Rutkowsky's feet, which is believed to belong to the suspect.

Police say they have not made any arrests yet, but believe the suspect has a prosthetic leg.