Highland Park offering to dispose of hoverboards after fire 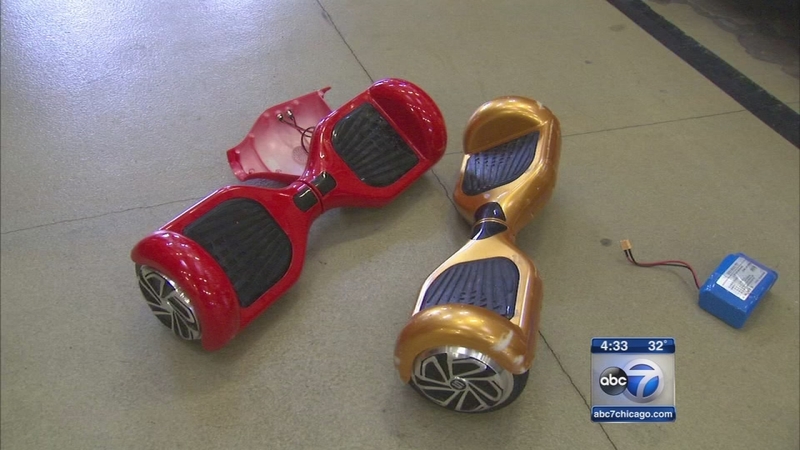 Highland Park offering to dispose of hoverboards after fire

HIGHLAND PARK, Ill. (WLS) -- After a house fire caused by a hoverboard in Highland Park, the north suburb is trying to extinguish the next potential fire before it happens.

"We actually used it for my daughter's bat mitzvah," said Jackie Melinger.

"It was so exciting because it was pretty new and not a lot of people had them yet. It was very cool. Nobody had seen a kid enter on a Hoverboard yet," Melinger said.

But after a fire last month caught on camera at the home of a family friend - believed to have been caused by exploding batteries inside a hoverboard - this mother is ready to part ways with her daughter's hoverboard.

The Highland Park Fire Department is now putting out the call to hoverboard owners who want to safely dispose of the self-balancing scooters, allowing residents to drop them off at the fire house or set up a home pick up time on Saturdays.

"There has been a public outcry of what to do with their hoverboards, the city took a proactive approach and we are collecting hoverboards for recycling," said Highland Park Fire Department Chief Dan Pease.

Firefighters will make a stop at Melinger's house this weekend. She's already removed the batteries.

"So glad, I worry every day. We are storing it in the garage right now. The two pieces are separate. I don't sleep well at night knowing it's there," Melinger said.