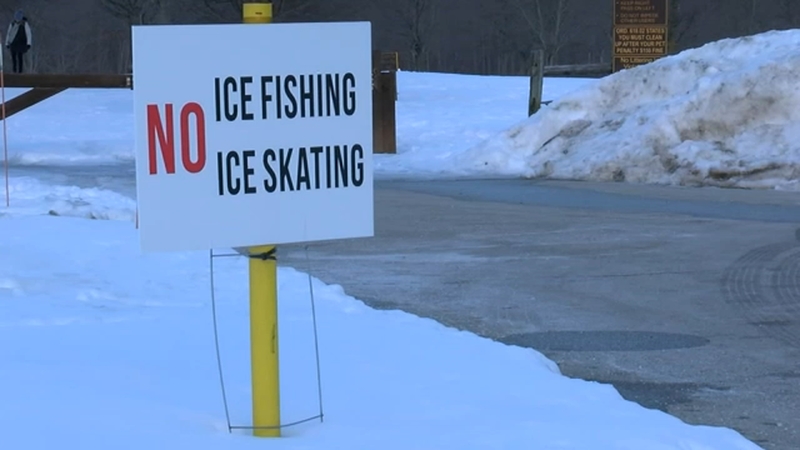 CLEVELAND-AKRON, Ohio -- An Ohio mayor is making headlines for unusual comments he made at a city council meeting. He said he was against allowing ice fishing in city parks because he thought it would lead to prostitution.

The words spoken behind the city council doors simply could not be made up.

"If you open this up to ice fishing while on the surface, it sounds good. Then what happens next year? Does someone come back and say, 'I want an ice shanty on Hudson Springs Park for x amount of time?' And if you then allow ice fishing with shanties, then that leads to another problem - prostitution," said Craig Schubert, mayor of Hudson, Ohio.

"That's a new one for me," said Captain Tony Muscioni.

Muscioni is an ice fishing charter guide on Lake Erie. He was a bit surprised to hear the mayor's comments.

"It's pretty farfetched," he said. "I can tell you that shanties are for ice fishing and not for what, you know, they're not the most comfortable thing out there."

At the park, most people were familiar with the mayor's assertion. Others only heard about it when they were shown the video.

"If you don't allow ice fishing with shanties, then that leads to another problem - prostitution," the mayor said.

"To go from ice fishing to prostitution. I think it's farfetched," Muscioni added.

Last year, Schubert demanded resignations from the Hudson School Board, claiming a writing assignment for a college-credit class amounted to child pornography because students were asked to write about sex.

"Either choose to resign from the board of education or you will be charged," the mayor told the school board.